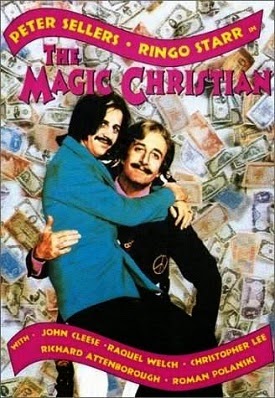 Terry Southern wrote some of the best satire of the 1960s. He wrote or contributed to the scripts of "Dr. Strangelove," "The Cincinnati Kid," "Casino Royale," "Barbarella," "Candy," "Easy Rider" and others. Terry Southern's novel "The Magic Christian" was adapted for the screen by Joseph MacGrath, Peter Sellers and a couple of Monty Python alums John Cleese and Graham Chapman. You would think that will all that talent, the film version of Southern's acerbic novel would be better than it is. The result is essentially a one-joke film. There are many variations on the joke, but the film drags after a while. 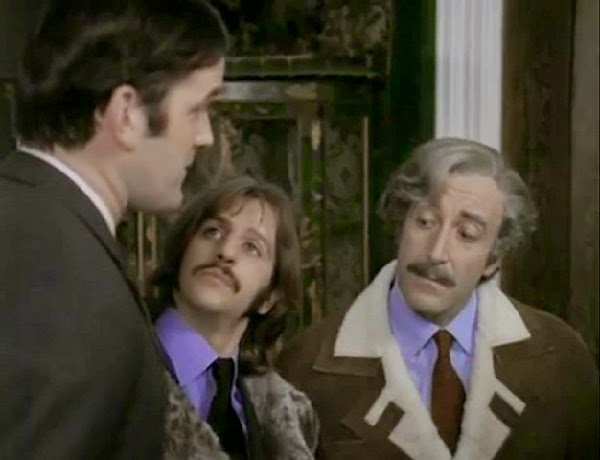 Review
Guy Grand (Peter Sellers) is a filthy rich businessman. On a whim, he adopts a homeless bum, Youngman (Ringo Starr) as his son. Guy and Youngman set out to prove that everyone has their price. In a series of episodic adventures, the two try to expose the hypocrisy that permeates upper-class society. The message seems to be that we are all bigoted whores. 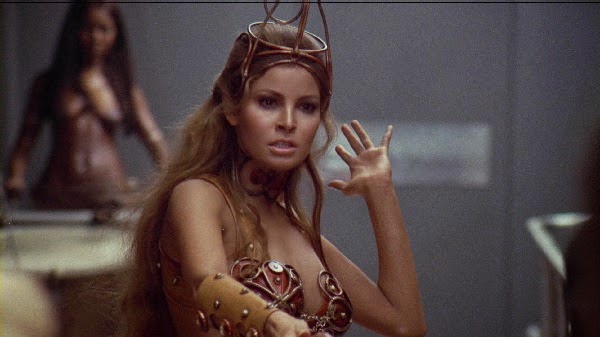 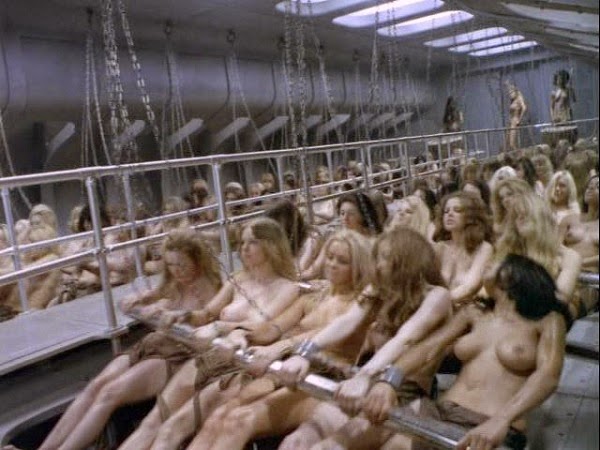 Some of the skits are very funny. Lawrence Harvey does a striptease while playing Hamlet's soliloquy on stage. Yul Bryner makes an uncredited appearance as a drag queen hitting on Roman Polanski. Raquel Welch has never looked sexier as the leather clad leader of a topless slave galley. Christopher Lee does a nice send up of his most famous role as the "ship's vampire."

How well you like this movie may depend on your age. Children of the 60s may have fond memories of the movie. It isn't the best adaptation of a Terry Southern book. The film meanders and never really achieves its purpose. Southern's book was much better. 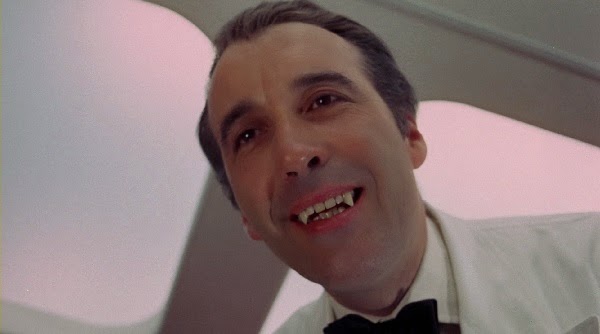 Picture Quality: 6/10
The DVD is filled with artifacts. There are scratches and pops in the picture that weren't taken out through restoration. The picture is also Pan and Scan, so, you miss 30% of the picture. Geoffrey Unsworth was a fine photographer. His palate is a bit pale here.

Sound Quality: 5/10
There are many scenes in which you struggle to hear what is being said. This is intentional. The viewer is supposed to wonder just what Guy is cooking up. When the truth is revealed, it is a let down. I bring this up to let you know you shouldn't be frustrated, as I was when first watching this DVD. The opening scene in which Peter Sellers talks with Ringo is completely unintelligible, but, like I said, it is intentionally done that way. 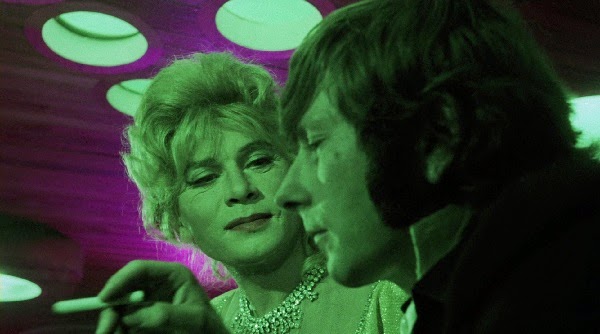 The movie uses the Paul McCartney written, Badfinger performed song "Come and Get It" as it's theme. The jumpy hit song will take you back to 1969. For the most part, the sound is a bit flat. The highs sound tinny. The bass isn't oppressive; in fact it seems a bit shy.

Extra Features: 0/10
There are no extras. The price reflects the lack of extras. 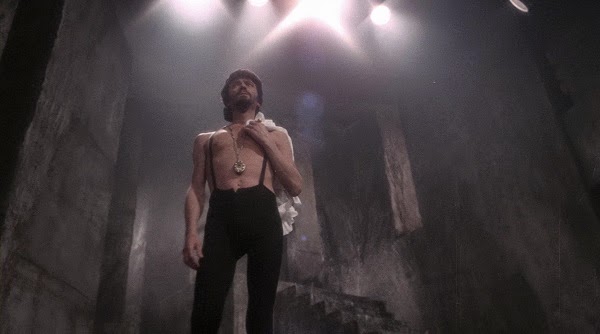 The Final Word:
Children of the 60s might want to check this out. As inexpensive as the DVD is, you aren't really risking much. Those curious about odd films from a time you are not likely to see again, may also wish to take a peek.
Posted by obitguy at 4:04 PM