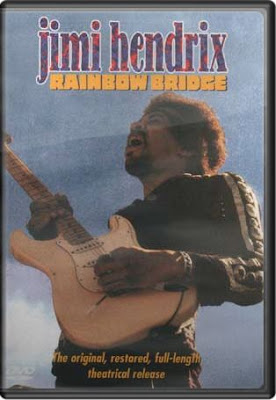 
Back in 1971 I was at the Fare 4 theater in Memphis watching a sci-fi film called "The Neptune Factor." The Jimi Hendrix film "Rainbow Bridge" was playing on another screen. This was one of the few occasions that I was unsuccessful in sneaking into an R rated movie. It took me 30 years but I finally got to see it. You can to, thanks to Rhino Home Video. 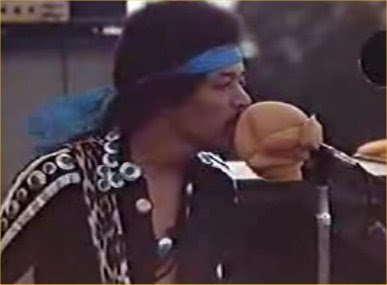 As a kid, I was under the impression that "Rainbow Bridge" was a concert film. While Jimi's last American concert just 6 weeks before his death is in the film, "Rainbow Bridge" is much more. The film begins with a blank screen and a voice over. The disembodied voice states that the movie wasn't scripted. That it was made by people who are in touch with our brothers from space. The film's plot revolves around the very groovy black actress Pat Hartley as she makes her way from LA to San Diego and eventually Maui. She has been sent to the Rainbow Bridge Center for Occult Studies by the facility's benefactor to see if the folks using the place are accomplishing anything or just using his ocean side mansion to do drugs and have sex. 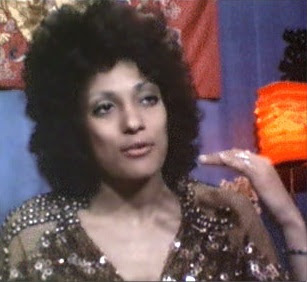 What follows is a screwy, disjoined series of vignettes, skits and conversations about the search for our inner deity, free love, homosexuality, LSD and space people. While the film is a curio of the hippie era, it is surprisingly interesting. What other movie includes a tantric sex obsessed eco-terrorist giving a save the trees speech being assassinated by Jimi Hendrix from a nearby window? Some of the conversations are downright bizarre. Others are compellingly fresh even today. There are folks weighing the pros and cons of drug use, religion and promiscuity. If you can get past the dated use of "groovy" "heavy" "trip" and other hippie lingo you may enjoy or be amused by what you hear. I was struck that this film appeared to be a foreshadowing of the New Age movements so popular today. The film's reason for existence, though, is the 17 minute Jimi Hendrix concert before a fortunate few in a Maui meadow. 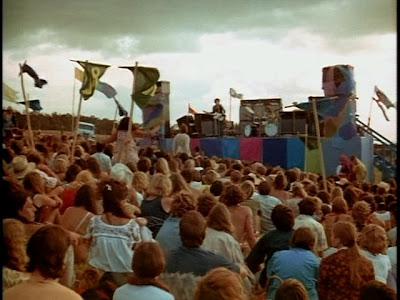 Accompanied by bassist Buddy Cox from Band of Gypsies and Mitch Mitchel from the Jimi Hendrix experience, Jimi wails through many of his best songs. The concert was filmed in July of 1970, less than 2 months before his death. I found the footage to be superior to his filmed "Woodstock" performance. At times it is hard to see his fingers move through the blur of movement across the fretboard.

Jimi also appears in the 'assassin fantasy" scene and in a couple of conversations with actress Pat Hartley and one of the commune's space people gurus. Jimi is stoned out of his mind. It is hard to tell if he is mocking the space guru or really in tune with what is going on. It really appears that he is trying to get into Pat Hartley's pants. Either way, Jimi shows a side of himself that has rarely been seen in public. 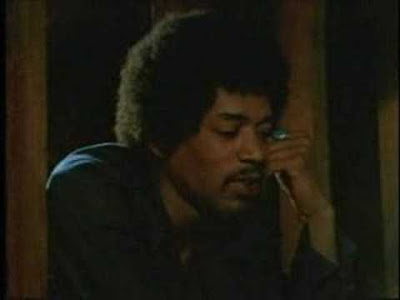 
This is the first time "Rainbow Bridge" has been available on video, much less DVD. I real find by Rhino Home Video. A lost 16mm print of the film was found and restored. Considering the source material, the picture and sound are quite good.

The marketing obviously focuses on Hendrix's concert. Even though Hendrix doesn't appear until the last half hour of the movie, his music permeates the soundtrack throughout.


As I said before, this transfer was made from a restored 16mm print. The picture is quite good. The film is shot mainly out doors in California and Hawaii. Lots of beautiful scenery. 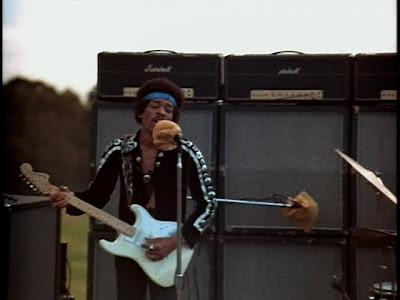 
The music is excellent. The sound quality of the concert scene rates a 10. The only problem is the sound fades away during some of the conversations. During the assassin scene, Jimi says something to the camera after he shoots the eco-guy. You can't make it out the first time.


The menu is set up for Hendrix fans. Good use of the rock music. Easy to navigate. 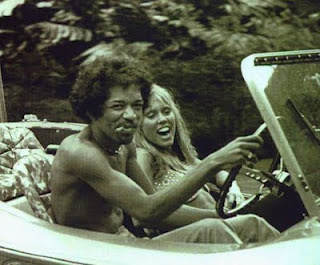 
The extras are really just tools to allow Hendrix fans to access his work in the film. There is a isolated music section. You click on a song and you are taken to the part of the film where that song appears, whether it is part of the concert or soundtrack music. It's kind of cool.

There is an interview section which isolated the two conversations between Jimi, Pat Hartley and the space people guy which appear in the film.


Rock fans have cause to rejoice. You may be put off by the philosophical point of the "space people" but you can't deny the power of Jimi Hendrix's presence in "Rainbow Bridge." Thanks Rhino!