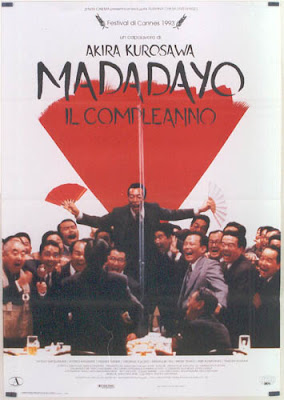 One of the commandments says to honor your Mother and Father. Growing up I had always heard that the elders in Japan are venerated by their children. Unlike our greedy, instant gratification society, the Old ones in Japan occupy a place of honor and are treated with respect; not thrown into the nursing home which submitted the lowest bid. I'm as guilty as the next person when it comes to not obeying the that commandment. Just ask my Mom! Honor and respect of the elderly is one of the underlying themes of "Madadayo," Akira Kurosuwa's sweet and poignant swansong film. More than anything else, this poetic film is a life affirming parting gift from Kurosawa to the world. Still the Master at 83, Kurosawa moved me to laughter and tears with this tale of a retired professor who is loved by those he touched through teaching. More than anything, "Madadayo" is the last will and testament of a master artist.

Filmed in 1993, "Madadayo" did not receive an American release until 1998. Even then, the movie was hard to find. Released on VHS by New Yorker Films, "Madadayo" is a real treat for fans of the late Kurosawa. Those who saw Kurosawa as nothing more than an action director missed the boat entirely. Those who only watch Kurosawa for his action films such as "Yojimbo" "The Seven Samurai" and "Ran" may not like this deliberately paced farewell kiss. 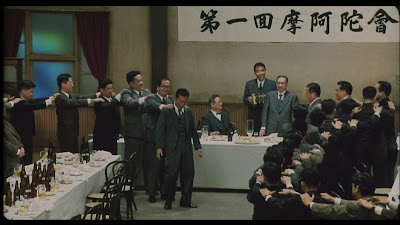 Professor Uchida (Tatsuo Matsumuro) teaches German to his students at the university. The year is 1943. The professor announces to his class that he wishes to retire from teaching and devote himself to writing. His students are filled with sorrow that the beloved professor will be leaving. They assist him in his move, and visit quite frequently. Two students in particular Takayama (Hisashi Igawa) and Amaki (Jôji Tokoro) remain in constant contact. So loved was Professor Uchida that his students honor and respect him for the next 20 years. Each year on the professor's birthday, the students throw him a Mahda-kai party. The students throw a drunken party which culminates in the students asking the professor in unison "Mahda-kai?" which means "are you ready (for death)?". The professor shouts his reply "Madadayo!" meaning "not yet!" The film chronicles many of these celebrations in addition to several other vignettes.

Takayama and Amaki are shown as they assist the professor in finding a new home after his is destroyed by bombs in WWII. There is a long episode in which the students aid the professor in search of his lost cat. This sequence is the most detailed in the movie. Kurosawa gives many insights into himself during this portion. Trhe film ends with the final Mahda-kai celebration in 1961. 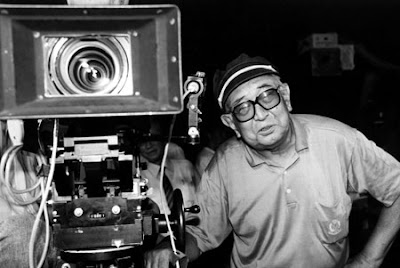 The beauty of this film is that Kurosawa bared his soul to the world. The professor is obviously Kurosawa himself. He is a man-child: imaginative, playful, humorous, juvenile, creative, loving, hard-drinking, sorrowful, wise and stern. I don't believe I've ever seen a character this complete on film before. The professor has been able to maintain the heart of a child while cultivating a politically and philosophically complex mind. The acting in this film is quite good, but the acting is not the focus of the movie. This movie is as close to "Being Akira Kurosawa" as one is likely to find.

How much one enjoys this film will depend in large part on how jaded the viewer is. At the final Mahda-kai celebration, the old professor tells the grandchildren of his students to find something they have a passion for. To take that passion and make it their life's work. If one has passion for their work, they will be happy. The old man cuts himself off as if the small children really don't want to hear the ravings of an old man. If you are the type who would interpret the wisdom given by the old ones as mindless ravings, then you probably should skip "Madadayo." However, if you could sit at the foot of the master in order to someday become the master yourself, then please see this masterpiece. I think Martin Scorsese is probably the only living filmmaker who has come close to mastering the art of cinema as Kurosawa did, and Scorsese would modestly cast aside such a complement. All others are can only dream of telling a story the way the old master did. Get this movie and sit at the foot of the master one last time.