An Interview (mini) with Lisa Wilcox 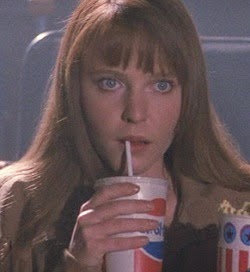 An Interview with Lisa WIlcox
by Rusty White
Monday, September 2, 2002


Day Four of DragonCon: Monday, September 2, 2002: Exhaustion is the order of the day. I should be on the road back to Memphis, but I want to squeeze in a few more interviews. The costumed characters are not as prevalent today. It is like the last day of Woodstock for the unashamedly weird. The crowds have thinned out. The celebs are wiped out and I've got an eight-hour drive back to Memphis in front of me.

A large line of fans forms from out of nowhere. The Mystery Science Theater 3000 guys have landed. I decide to wait for the line to clear out before I approach them. The stunningly beautiful and very tired Lisa Wilcox is enjoying a rare moment of peace. I decide to invade her tranquility. I feel a bit of a fool this weekend. Not being a fan of Star Trek or its progeny, I have steered clear of actors from the series because I wouldn't know what to ask. I make an exception in Ms. Wilcox's case for two reasons. First, Ms. Wilcox has been in quite a few other movies that I have seen. Second, this is one of the few occasions I can say "Hi!" to a beautiful woman without having the words "Get Lost Jerk!" follow in short order. 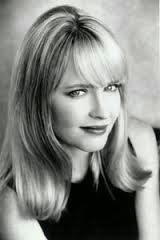 Ms. Wilcox tells me she studied theater arts at U.C.L.A. followed by professional acting classes. She studied a Czech method of acting known as the Grotowski method. She remembered director Renny Harlan as a very giving director. Harlan cast her in Nightmare IV.

"With Renny, casting was the difficult part. They said I looked too much like a cheerleader for the part. I did call back after call back. I went back with dirty hair, no make-up and scruffy clothes. I got the part."

Ms. Wilcox has an All-American, Girl-Next-Door beauty that is both striking and intimidating. She admitted that many in Hollywood refuse to see past looks when it comes to casting.

"I'm an actress who can alter my looks. I've played everything from a nun to a prostitute. Hollywood finally realized I could play a wide range of characters."

Ms. Wilcox has two projects near and dear to her heart. She and fellow Nightmare IV alum, actress Tuesday Knight own and operate a jewelry business under the name "Toe Brights". What started as a line of toe rings turned into a full line of different types of jewelry. The two businesswomen own two factories and have 1200 clients including Nordstoms.

Ms. Wilcox's other project is entitled The Further Adventures of Chastity Blade. Ms. Wilcox's agent passed her the script for a student film. The French film student; Julien Magnat had admired Ms. Wilcox since her Nightmare days. She reluctantly read the student's script and fell in love with it. According to Ms. Wilcox, the short film received an Oscar nomination for best short subject. A feature-film version, as well as a TV series is currently in development.