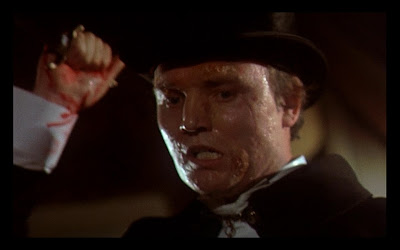 Synapse Films has released the long awaited Hammer horror classic "Hands of the Ripper." The BluRay/DVD combo pack fills a void long felt by Region 1 fans of Hammer horror films. The 1971 release stands as one of the best films released during the waning years of the famed British studio. Hammer began to add more explicit nudity and violence in their films during the early 1970s. Many of those films relied more on these new freedoms to sell tickets while skimping on smart scripts and great production values. "Hands of the Ripper" does include explicit violence, however, it benefits from an intelligent script, outstanding production values and a great cast. 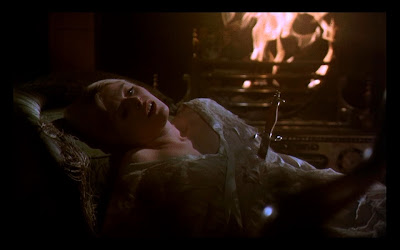 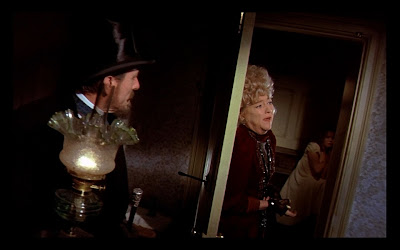 "Hands of the Ripper" tells the tale of Anna, a troubled young woman given to trance-like fits of violence. It is revealed during the opening credits that she is the daughter of Jack the Ripper. As a young child she witnessed her father murder her mother before disappearing. The post credit sequence cuts forward to Anna (Angharad Rees) as a young woman. She has been taken in by Mrs. Golding (Dora Bryan) a psychic con artist who has Anna hide in an anti-chamber to provide spook sounds during Mrs. Golding's high-priced seances. Among those in attendance are the psychiatrist Dr. John Pritchard (Eric Porter) and the barrister Dysart (Derek Godfrey). Following the seance, Dysart holds back as Mrs. Golding has sold him the right to take Anna's virginity. Dr. Pritchard waits for his carriage outside when suddenly the night is pierced by screams of horror. Pritchard witnesses Dysart flee the premises. Upon investigating the house, Pritchard discovers Mrs. Golding impaled to a door with a fire poker. Pritchard protects Dysart in order to take Anna into his house and study her. He does not see how such a petite young girl could have managed such a savage act. 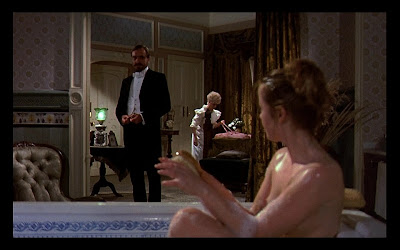 The film follows Dr. Pritchard's attempts to find a scientific reason for Anna's troubled mind, while all the evidence points to the girl being possessed by the spirit of her murderous father. Like Dr. Frankenstein before him, Dr. Pritchard's quest for knowledge results in bloodshed as his patient tries to match he father's murderous record. 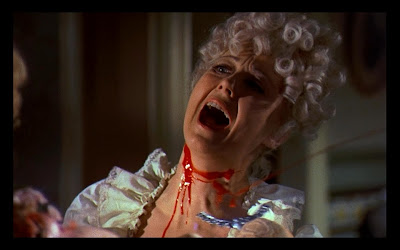 The Combo pack includes a number of extras produced especially for this release. "The Devil's Bloody Plaything: Possessed by the Hands of the Ripper" is an excellent documentary about the making of the film. Many of the cast and crew provide first hand accounts of the film's evolution. The documentary also includes a nice recap of the history of Hammer Studios during this transitional period. 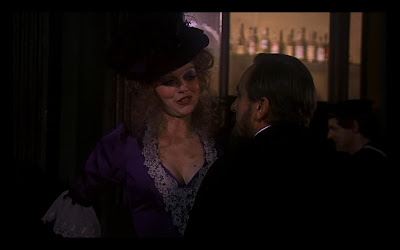 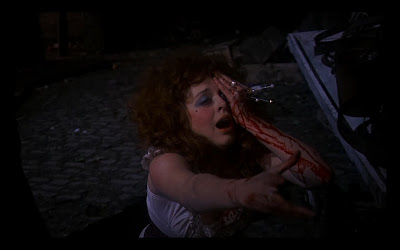 "Slaughter of the Innocent: The Evolution of Hammer Gore" is a slideshow of gore effects from "The Curse of Frankenstein" through "To the Devil a Daughter." The slideshow is set to music. In a similar vein, there is a slideshow dedicated to the movie which includes publicity stills, production photos and artwork from the promotional side of the film. 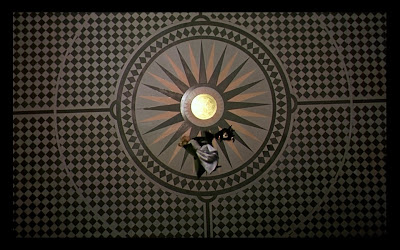 Also included is the original theatrical trailer and several US TV spots. The BluRay includes an isolated music and sound effects track. There is an audio extra that is interesting and is included for completeness. When the movie aired on US TV in the late 70s, much of the violence was cut out. To pad out the running time, additional scenes were filmed with actor Severn Darden as a novelist on whose work the film is supposedly based. The video elements of this scene were destroyed in a studio fire at Universal, but the audio remains. This seven minute audio clip is a nice sidelight to the film's history, but the important thing is Synapse Films has restored the original film and made it available to Hammer fans with Region 1 players. 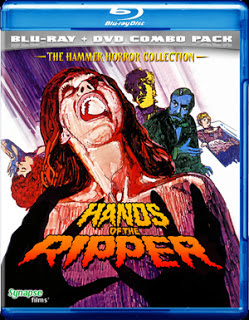 TRIVIA NOTE: The still at the top of the review is of the actor playing Jack the Ripper. Despite having a speaking role, the actor did not appear in the credits and no one seems to know to this day who he was. Maybe you can solve the mystery as to who the actor is.