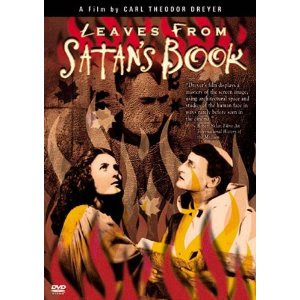 Based on Maria Corelli's novel "Satan's Sorger" by Dreyer, the premise of the movie is that God kicks Satan out of paradise and condemns him to tempt mankind on earth. For every human that succumbs to Satan's prodding, Satan's punishment is extended by 100 years. For every one who resists old Scratch, Satan receives a 1,000 year reprieve from the lake of fire. However, Satan can't pull any punches; he must do his best to lead mankind astray. Dreyer's tale takes place during the time of Christ, The Spanish Inquisition, The Reign of Terror in France and in 1918 Finland during the communist revolution. While this premise doesn't follow any Judeo/Christian scriptural teachings, it does present an intriguing portrait of the doomed fallen angel. 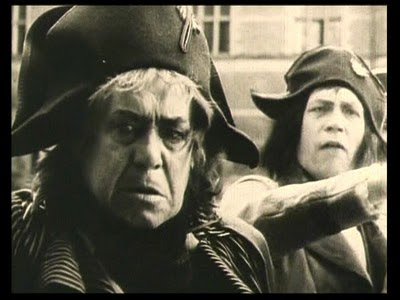 Satan is portrayed in all four episodes by Helge Nissen. His Satan is a being who wants to get back into the good graces of the man upstairs. He secretly revels when a human resists him, however he really has no time to contemplate the results of his mischief making as the words "continue your evil ways" are constantly ringing in his ears.

In the first episode, Satan is disguised as a Pharisee who tells Judas (Jacob Texiere) that Christ (Halvard Hoff) is the son of the Devil. He attacks Judas' faith until Judas betrays his master with a kiss. This episode is notable for the interplay between Satan and Judas. The scenes of Christ are filmed with reverent awe, but the scenes between Judas and Satan have a gritty realism. Judas is always placed near the edge of the frame. Dreyer's use of framing shows Judas as being on the fringe of his group. His alienation is apparent and it is easily understood why Satan targeted him for doom. Texiere brings a nice tormented quality to his performance. He doesn't want to believe what he is being told by then again, he was the one rebuked by Christ when he questioned the use of money for perfume instead of food for the poor. The later episodes have more life to them as the viewer is not familiar with the outcome. One doesn't know if Satan's target will resist or succumb to his cajoling. 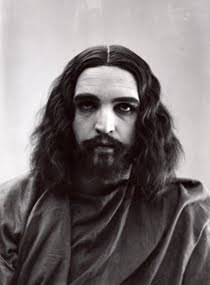 The second episode deals with Pavvo (Carlo Wieth) a young monk who is spiritual advisor to Don Gomez de Castro (Hallander Helleman) and his beautiful daughter Isabel (Ebon Strandin). Pavvo nightly flagellates himself in penance for his lustful thoughts toward the young woman. Satan appears in the guise of the leader of the Inquisition. He enlists the young monk into God's holy purge. When the Don is shown to practice astrology, he and his family are brought in for trial. Pavvo faces a moral conflict in that he knows the family and he loves the daughter. Satan tells Pavvo in private, "what do I care what is done to her body as long as her soul is saved?" Will Pavvo give into his lust or not.

Episode three also deals with the subject of lust. As the revolution sweeps through France, aristocrats are put to the blade. The Count of Chambord (Viggo Wiehe) enlists his trusted servant Joseph (Elith Pio) to save his wife and daughter. Joseph whisks the women away to Paris in prelude to getting them out of the country. Joseph is approached by another ex-employee of the Count (could it be Satan!) who helps Joseph become a prominent member of the revolution. Joseph still remains loyal to the Count's daughter. As Joseph gains more stature in the revolution, Satan prods him to propose to the daughter. Will she marry a former servant or not? What follows will answer the question of does Joseph give in to temptation or not. This sequence contains the films only real special effects. Satan appears and disappears at will to the amazement of those who witness it. 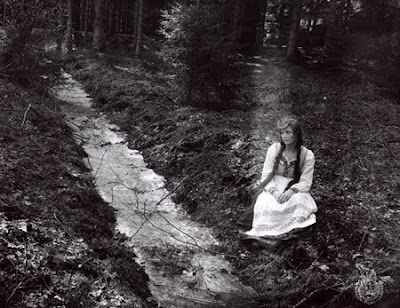 The final episode takes place in Finland during the communist revolution. Siri (Clara Pontoppidan) and John (Eric Hansson) are married with an infant son. John's friend Carpenter (Wilhelm Jensen) wants to bed Siri in the worst way. Siri and John work for the White forces (loyalist Finlandians) against the Reds. When John catches his friend attacking Siri, he beats him and throws him out. Carpenter finds himself at a communist rally. The leader, Ivan (Satan) looks eerily like Rasputin. He enlists Carpenter into their forces. Carpenter betrays Siri and John in order to have John killed so he can then rape Siri. Satan finds another opportunity to tempt both John and Siri. If they will lead the White forces into an ambush, they will live. If not, death to them and their son. Who will give in?

As a morality tale, this film is fairly interesting. The subjects dealt with are done so in a frank and straightforward manner. I guess this is because the film was made in Denmark rather than in the puritanical USA. The acting is fairly good for a silent film in that there is little melodramatic emoting. While I found the overall premise interesting, I give it no credence. Making Satan seem human may make for good drama, but never forget the words of Kyser Sosay: "The best trick the devil ever performed was to make man not believe he exists."