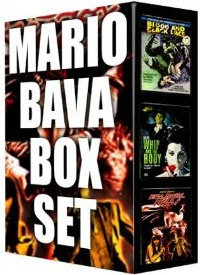 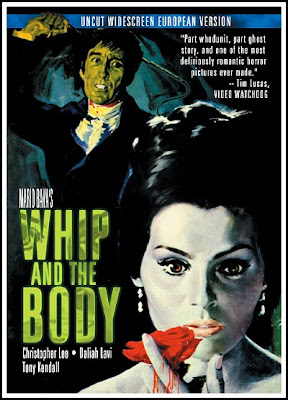 
Mario Bava's 1963 Gothic horror film is a tale of sexual repression and psychological madness. The film opens with a shot of a bloody dagger surrounded by roses mounted in a glass dome. Giorgia (Harriette White Medin), the estates housekeeper weeps and vows revenge on the man who drove her daughter to commit suicide with the enshrined blade. The man is Kurt Menliff (Christopher Lee), the wayward son of Count Menliff (Dean Ardow). Kurt it so happens returns home from a self-imposed exile that very evening. Kurt has returned to the castle to congratulate his brother Christian (Tony Kendall) on his marriage to the beautiful Nevenka (Daliah Lavi). This is subterfuge on Kurt's part as he has really returned to lay claim to his part of his father's estate and to reclaim his former lover, Nevenka. 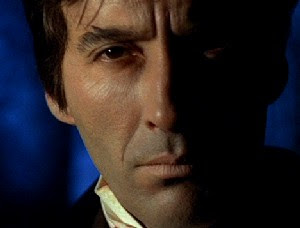 Nevenka is a stunningly beautiful woman who's cold exterior offers her husband no conjugal warmth. Kurt's sudden appearance sets feelings of wariness and suspicion to all members of the house. Nevenka is racked with fear, or is it desire? The next day Nevenka and Kurt have a chance meeting on the beach. Kurt reminds her of his power over her. She trembles as he takes her riding crop from her. Kurt begins to whip her with the braided leather. Nevenka cries in pain, but her cries soon turn to orgasmic pleasure. This is one twisted family unit. Kurt returns to the castle. Later that evening the others discover that Nevenka is missing. All except Kurt go to search for her. As Kurt prepares to go to bed he has his throat slashed by an unseen assailant. 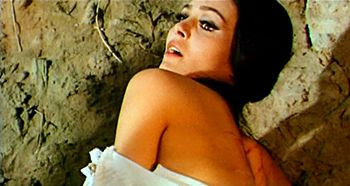 Following Kurt's interment in the family crypt, things begin to go bump in the night. Nevenka finds that Kurt's lust for her has power to reach beyond the grave. As the midnight lashings continue, others begin to die. I'll leave it to you the viewer to discover and uncover the mysteries which await you in this Gothic S/M creepy classic.

Bava's brilliant use of sound and light (and shadows) maximizes the stories potential for suspense and fear. The film is beautiful. The colors are deep and rich, shot in the "three-strip Technicolor" process. Bava also uses different colors for symbolic purposes. Being a horror film, the color red plays an important role in the storytelling process. Bava's background as a painter is put to expert use in each frame. His shots are compositions. The framing of the actors, use of colors and well placed shadows intensify the atmosphere and please the eye. The suspense is nicely accented by a rich chamber music score by Carlo Rustichelli. 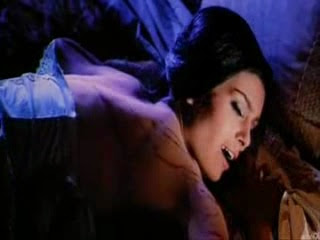 "The Whip and the Body" has only been available in heavily truncated versions until now. American censors cut the bondage scenes. The S/M subject matter is not played for titillation value. The strange relationship between Kurt and Nevenka is central to the plot. Nevenka's sensual reaction to her master's touch is arousing, but if all you're interested in is kinkiness, go rent a porn film. "The Whip and the Body" examines the master/slave relationship on a deeper level. Christopher Lee and Daliah Lavi have great chemistry between them. It becomes obvious that Nevenka is not really dominated by Kurt any less than he is by her. They both need each other. Why else would he return from exile, and later the grave to possess her.

The film was shot without sound. The dialogue was later synched in. Unfortunately, Christopher Lee did not dub his own voice in either the Italian or English version. The actor who dubbed his voice comes close to sounding like him much of the time, but it's just not the same. This complaint aside, the acting is excellent. The fact that Lee relies on body language and facial expressions much of the time minimizes the dubbing problem. This is some of his best work. Daliah Lavi is outstanding as the haunted Nevenka. The then 23 year old Israeli actress and singer doesn't make one false move in her performance. Nevenka is a tragic and haunting character. Lavi embues her with all of the grace, mystery and sensuality needed to pull off this difficult role. 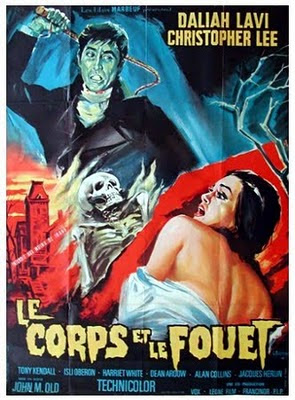 
I'm partial to the films of Mario Bava and Dario Argento. Therefore I really like this disc. I'm glad these movies are becoming available in their original, uncut widescreen versions. Thank's VCI. How about putting some of Jesus Franco's work on DVD?!?! This disc is worth having on its own, but I recommend getting the Box Set from VCI. The Box set also includes "Blood and Black Lace" and "Kill! Baby...Kill!"


The sound is crisp. The folks at VCI cleaned up the soundtrack beautifully. The only reason I didn't give this a 10 is the because of the dubbing problems, but that is the fault of the filmmakers, not VCI. They did a great job with the source material. 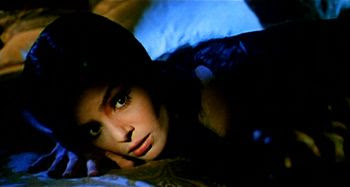 
Not as fancy or high tech as the wonderful "Alien" and "Aliens" menus but simple and elegant. Has a nice Gothic motif which goes well with the film. Easy to navigate.


To quote Spencer Tracy, "There's not much there, but what's there is choice." The commentary track by Bava expert Tim Lucas is excellent. If you like this kind of movie, you are going to enjoy and learn from the commentary. The bio's of the principle cast and director also provide some good info, including filmographies. 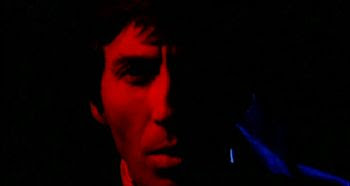 
Kudos to VCI Home Video Inc. for their work in finding, restoring and making available to the public this horror classic. "The Whip and the Body" is available individually and as part of a boxed set of three Mario Bava films. I got the boxed set, and am very pleased with all three films. One of my favorite reference books is Phil Hardy's "Encyclopedia of Horror Movies." My appetite for European horror movies was whetted by Mr. Hardy's book. My thanks to VCI for making the original European versions of some of these films available.