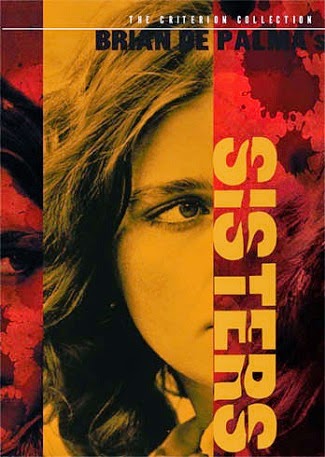 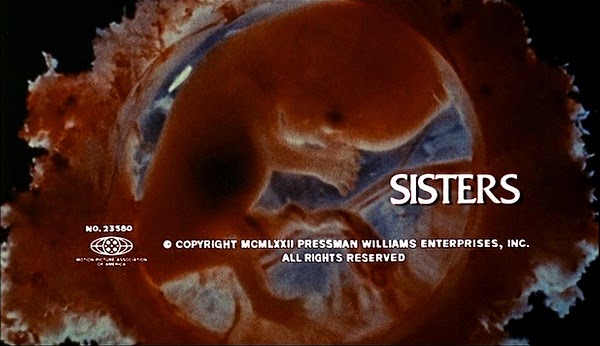 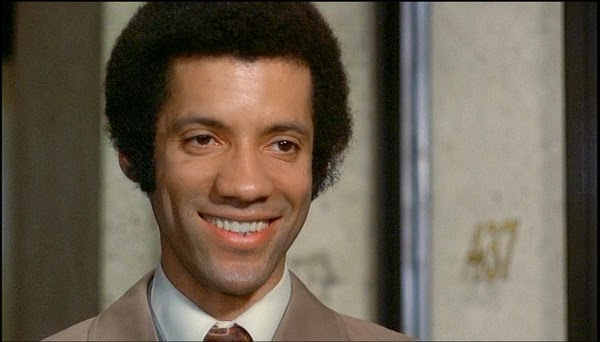 Brian De Palma labored (unfairly in my eyes) under the shadow of Alfred Hitchcock for years. As part of the renaissance which energized and revitalized Hollywood in the early 70s, De Palma along with Scorsese, Coppola, Lucas and Spielberg emerged as a powerful and original group of new directors. Due to his choice of subject matter, De Palma didn't receive the critical accolades as his contemporaries. De Palma, like Hitchcock has spent most of his career exploring the dark side of human nature. While he took cinematic techniques from Hitchcock and incorporated them into his work, so too did his contemporaries borrow from other masters. My belief is that because De Palma was primarily a horror movie (the bastard stepchild genre of respectable Hollywood) director, his talent was overlooked or dismissed as plagiarism by critics early in his career. This is sad because some of his most vital work was from this period. You may judge for yourself in a wonderful new DVD from Criterion of De Palma's second foray into the dark side, "Sisters." 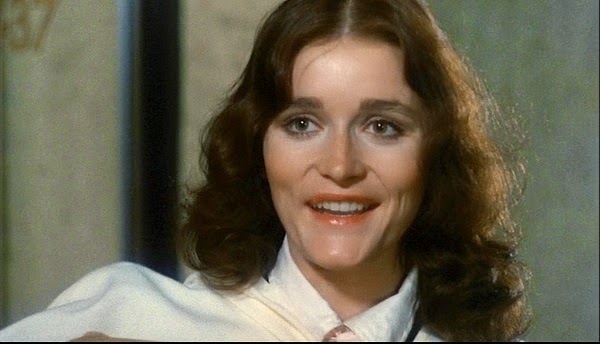 "Sisters" tells the story of Danielle Breten and Dominique Blanchion (Margot Kidder), French Canadian Siamese twins separated rather late in life. Danielle is a model and aspiring actress. In the opening scene she appears in a candid-camera type TV show called "Peeping Toms." Phillip Wood (Lisle Wilson) is in a gymnasium dressing room. Danielle comes in pretending to be a blind woman. She starts to undress. Suddenly the film stops and the TV show host asks the contestants to guess what Phil will do. Will he watch or turn his back. After the question is answered Danielle and Phil are brought out. Phil is introduced to the TV audience. He is an advertizing manager. Danielle is awarded a set of cutlery while Phil wins dinner for to at Manhattan's famous African Room. Outside the studio, Danielle approaches Phil and invites herself to share his dinner for two. They go to the restaurant. As the get to know each other Emile Breton (William Finney) interrupts their dinner. He is Danielle's ex-husband. He tries to drag her from the place but is ousted by the bouncers. Phil and Danielle end up at her place for the night. As they make love, the camera pans to the small of her back which reveals a huge scar. 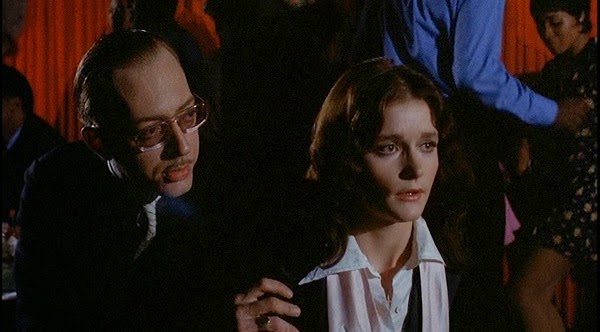 The next morning Danielle awakens in a fit. See runs to the bathroom to take some medication. She stops in her tracks as she reaches the doorway of the second bedroom. Her sister Dominque has snuck in during the night and slept there. Phil wakes up and goes to the bathroom. He hears the two sisters talking in French. Phil also accidentally knocks Danielle's pills down the sink drain. Danielle asks him if he will go the drug store to refill her prescription as she only has two pills left. Phil does this gladly. While Phil is out also stops to pick up a birthday cake for the sisters having learned that it is their birthday. (Look for a young Olympia Dukakis as one of the bakery clerks!) Danielle goes to the restroom to find that her pills are gone. She calls someone and asks them to come immediately as she is in trouble. Danielle goes into a fit and passes out on the bathroom floor. Meanwhile Phil returns with the medicine and cake. He takes a large carving knife out of Danielle's new set and takes her the cake as she lays in bed. A hand grasps the knife and plunges it into Phil's crotch. The covers are thrown off to reveal the disturbed Dominique. She stabs Phil over and over. He crawls to the apartment window and writes help on the pane in blood. Across the way, Grace Collier (Jennifer Salt) watches the attack through the window. Grace is a reporter for the Staten Island newspaper. She has done several exposes on police corruption and brutality. The cops aren't real happy to respond to her call. 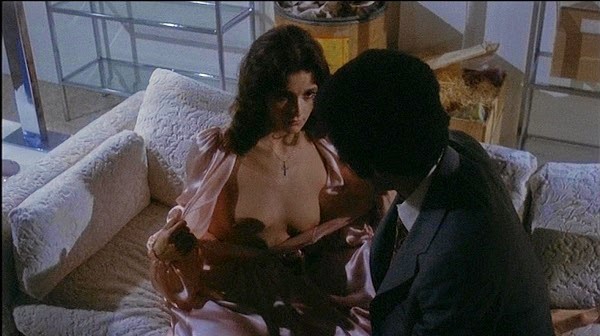 De Palma uses very effective split screen at this point. As Grace calls the police, Emile shows up at his ex-wifes door. She heard the knocking from the bathroom and answers. Emile see's Phil's body as Danielle opens the door. She tells him that Dominque was there. The two of them go about cleaning up the crime scene as Grace deals with Detective Kelly (Dolph Sweet). There is great animosity between the cops and Ms. Collier due to her anit-police articles. By the time they reach the apartment, Emile and Danielle have cleaned up the scene and hidden the body and Emile has left to dispose of the knife. The cops write off Grace as a nut and leave. Grace decides to take things into her own hands. She hires private eye Joseph Larch (Charles Durning) to assist her. The two of them then try to get to the bottom of the mystery. I'll leave the rest for you to discover. De Palma did borrow heavily from the cinematic themes of Hitchcock in his script. Parallels can be drawn between this film and "Psycho" and "Rear Window." The film also benefits from a powerful score by Hitchcock's long time collaborator Bernard Herrmann. Yes, you have a likable character killed in the first third of the film. Yes you have a voyeuristic neighbor who thinks she saw a murder. Yes you have a deranged relative you likes to use cu-cu-cuttlery! However, "Sisters" is far more than a rip-off of Hitchcock. De Palma has developed a distinct style over the years. His use of split screen, tracking shots and interesting 'point of view' shots have led to a hardcore following of fans. De Palma uses split screen as more than a novelty. The audience is teased, led and misled by his clever camera angles and editing. De Palma wrote the screipt for "Sisters." He avoids one of Hitchcock's major shortcomings in this script. I won't discuss it as it deals with the denouement of the film. You will realize what I'm talking about when you see the movie. The ending also includes one of the most creepy and disturbing sequences De Palma has ever filmed. There is a long drug induced fantasy sequence which was shot in color and black and white using several grades of film. This use of various film stocks predated Oliver Stone's revolutionary use of similar techniques in "Natural Born Killers" by two decades. 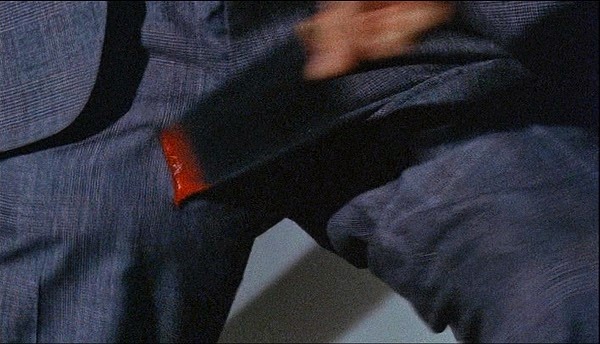 Another criticism often thrown De Palma's way are what some term his misogynist leanings. The female characters in "Sisters" are stereotypical in some ways. Danielle states that she isn't one of those "American women's libbers, who hate men all the time." She also uses her sexuality to throw the police off of her sister's trail. Grace on the other hand, is a feminists who wishes her mother would give up on the idea of her marrying. De Palma writes Grace as an enthusiastic yet naive reporter who has seen to many movies. She is patronized by the police and the detective she hires. She makes a few ridiculous suggestions to Larch concerning how to do his job. He puts her in her place. Obviously the audience is supposed to agree with Larch because Grace's suggestions were so dingy. This split personality with which De Palma imbued Grace is problematic because the viewer finds her annoying and she is the heroine! I have to believe that this was deliberate on De Palma's part because he has so many great women characters in his other movies. 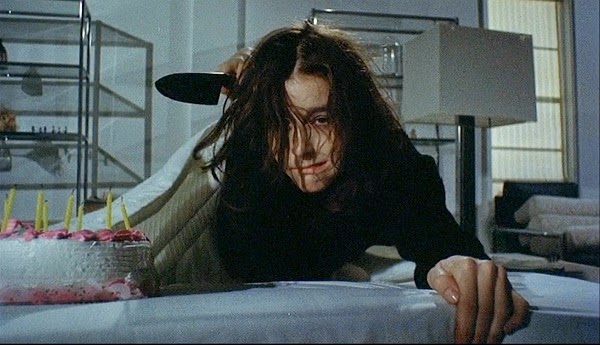 While "Sisters" isn't De Palma's best film, I rank it along with "Carrie," "Dressed to Kill," "The Untouchables," and "Obsession" as one of his five best films. I'm working on a retrospective of De Palm's films similar to the one I did on Sam Peckinpah. I jumped the gun after seeing this DVD because I enjoyed it so much. 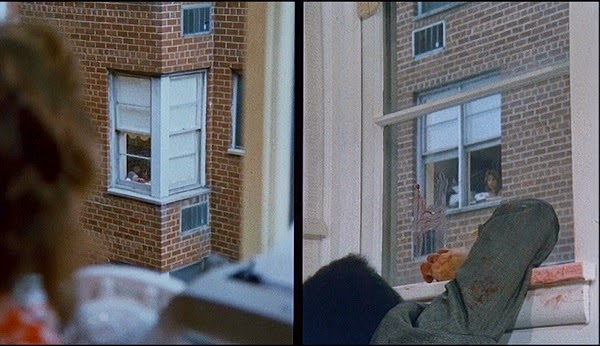 The Disc
An OK disc. I love the film. There aren't a lot of extras, but the interview provides great insights for fans of Mr. De Palma. 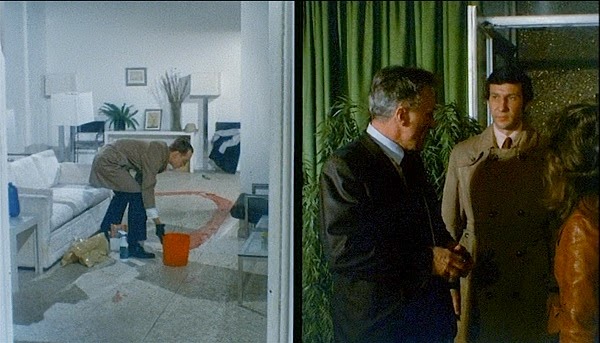 Picture Quality: 10/10
This was a fairly low budget film. The look is great considering the limitations Mr. De Palma labored under. Nice transfer. 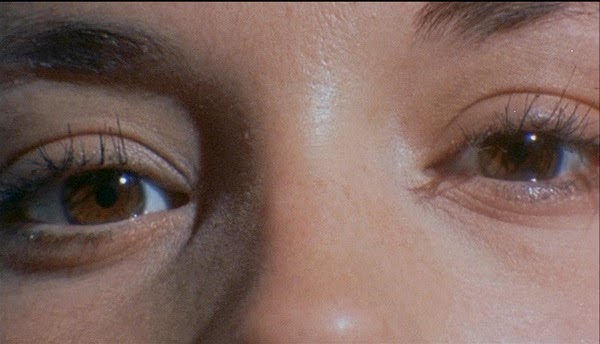 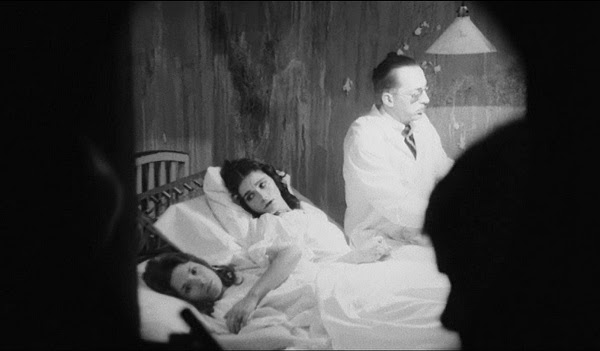 Menu: 6/10
So so menu. Not a lot of effort went into it. It gets the job done and is easy to navigate but there's not much there. 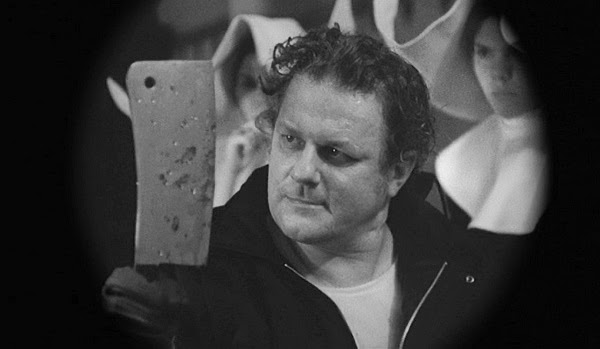 Extra Features: 5/10
I enjoyed reading the interview with the director. I'm a big fan. He talks film technique and defends himself against the Hitchcock detractors. 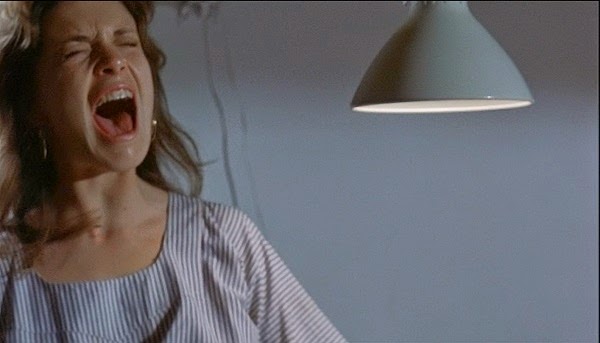 The Final Word:
I like the movie. I'd be more inclined to buy this disc if there were more extras. De Palma is a director with a long track record. Criterion wouldn't have had to stretch their imagination or budget to put more effort into this disc. 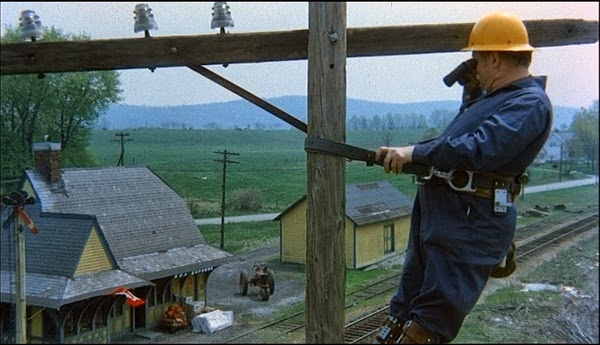