MADE FOR TV: A SMORGASBORD OF OVERLOOKED SMALL SCREEN GEMS 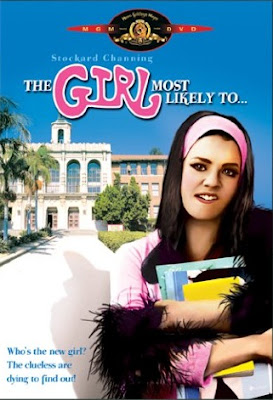 In the state of Arkansas, there is a diamond mind that is open to the public. Anyone can go and hunt for a treasure. Most folks walk away empty-handed and covered in dirt. Occasionally, someone walks away with a valuable gem. A trip to the video store is not unlike this. There are thousands of made for television films on video at nearly every corner outlet. Most times, the distributor will spice up the box cover to trick the public into thinking the movie in question was a theatrical release. There is a lot of worthless dreck out there. However, there are numerous gems waiting to found among the muck and mire. The following is a list of several made-for-television movies which are well worth the price of a rental. If you can't find them at your local outlet then by all means set the VCR timer if any of these ever come on the late-late show.

THE GIRL MOST LIKELY TO... 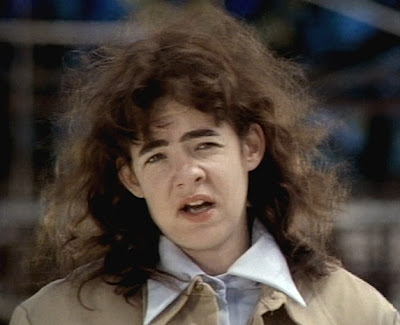 This 1973 comedy is one of the darkest, gut-busting comedies you'll ever see. CO-written by Joan Rivers, before her mummification, "The Girl Most Likely To..." is the story of the ugliest girl you've ever seen. Stockard Channing portrays Miriam Knight, a brilliant, witty, young college coed trapped in the body and face of Quasimodo. What would happen if this woman, who is taken advantage of by her fiance, numerous male students and town folks, and her beautiful bimbo roommate, were to suffer an automobile accident and come out of the reconstructive surgery looking as if she's ready to pose for Playboy? Murder, and lots of them. 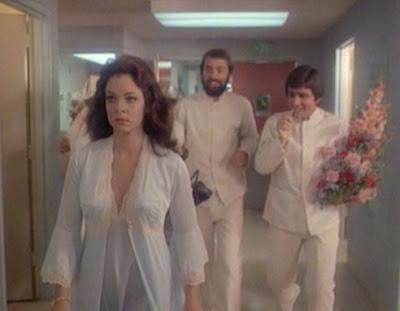 This revenge story has so many classic comic scenes that I will not ruin the experience for you by giving away any more of the story. The script is wonderful. Ms. River's pen dripped vengeful acid all over the page. The pain behind this script is evident in every scene. This movie is the ultimate fantasy of every woman who has ever been treated like a piece of meat by folks who say they care about them.

The cast is excellent. Stockard Channing shines in her dual role, as the ugly duckling and the sultry avenging bird of prey. Ed Asner plays it straight as the detective who hunts her. The rest of the cast is a who's who of television. Jim Backus portrays a drama professor. Larry Wilcox of "Chips" plays the jock "Moose" who's little head does all the thinking for the big head. Fred Grandy plays a lecherous medical student. Warren Berlinger (you may not know the name, but you know the face) is particularly slimy as Miriam's plumber fiance. Joe Flynn has a great cameo as a befuddled doctor. Look quick for Annette O'Toole as one of Judy's dorm mates. If you liked "Heathers" or "Harold and Maude" you will love this movie. Revenge is sweet and it is also very funny. 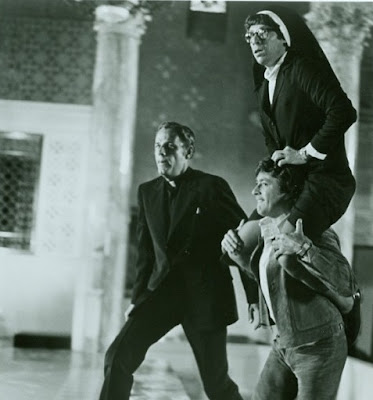 Also from 1973, "Shirt/Skins" would make a great double feature rental with the previous movie. The plot is simple. Six buddies (Bill Bixby, MacLean Stevenson, Doug McClure, Leonard Frey, Rene Auberjonois and Robert Walden) have a weekly, three-on-three basketball game which always ends in violence. These businessmen try to play to let off steam but they end up bringing their competitive edge on the court with them. The desire to be the best leads to some major conflict. After the particularly nasty game which opens the film, the two teams come up with a contest to decide just who is the "best" (whatever that is!) Each team is to hide a basketball in plain view somewhere in the downtown area (New York, I assume). The first team to find the other's ball is the winner. 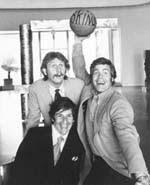 As each team tries without luck to find the other's ball, things escalate until each side resorts to dirty tricks and eventually begin to commit felonies in order to pressure the other side into surrendering. This is a black comedy which shows these macho guys for the little boys they really are. Like "The Girl Most Likely To..." there is an edge to the movie that is unexpected. The viewer is not sure how far these guys will take the game. (Kind of like the Presidential race!) It is a comedy in the same vein as "The Girl Most Likely To...," though not as bitter. Both of these movies are short and packed with humor. If you are lucky enough to find both of them at a video store, it would be a great double feature.

IN THE LINE OF DUTY: THE FBI MURDERS 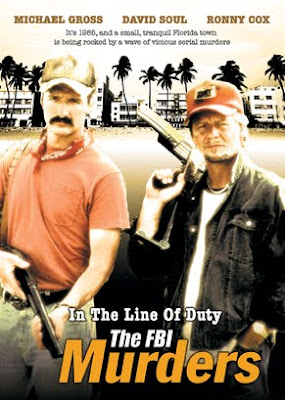 This 1988 film began a series of "In The Line of Duty" films (7 IN ALL) which chronicle the true stories of Federal Agents who have lost their lives while walking the thin blue line. This is one powerful, gritty and unexpectedly violent movie. This film tells the story of the hunt for two heavily armed, murderous bankrobbers (David Soul and Michael Gross) who operated in south Florida in the early 1980s. The FBI agents are led by Ronny Cox.

This is a taut, edge of your seat true crime drama. The script by Tracey Keenan Wynn is excellent. The viewer gets to know the cops who are out there putting it on the line. The insight into the two villains is very chilling, as both seem to be your average guy next door. Michael Gross is especially good. I love when someone plays against type. To see the "Family Ties" guy as a cold-blooded killer is a shock in its self. The movie ends with a fatal shoot out which is relentless. The violence is not there for titillation. The viewer gets a front row seat to the horror and carnage that the men and women of law enforcement are all to often confronted with. The scene is almost painful to watch because we have gotten to know these cops. It is all the more somber when you realize that this really happened, and there were real faces behind those which appear on the screen. This really is an excellent movie for those who like the genre. 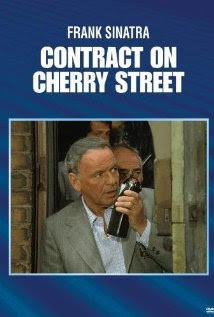 Frank Sinatra was so cool! I just loved his movies. Contract on Cherry Street was Mr. Sinatra's small-screen movie debut. This two and one half hour film concerns a New York police squad waging war on two Mafia families. the movie raises several moral questions, mainly: are cops justified when they break the law to stop criminals? There is an argument that America could have won the Vietnam War if we would have taken on the tactics of the enemy. I think that was Colonel Kurtz's point in Apocalypse Now.

Adapted by Edward Anhalt, this is a tough New York cop film along the lines of The French Connection. The score by Jerry Goldsmith is excellent! The cast is loaded with numerous tough-guy movie actors: Harry Guardino (excellent as a psycho cop), Martin Balsam, Michael Nouri, Henry Silva, and Johnny Barnes as the badass "Otis Washington." The sexy Verna Bloom provides the love-interest. Great location photography. A fare car chase. Plenty of action. Frank Sinatra fan or not, you'll like this movie.

There are many other great TV movies out there. Rule of thumb, if the video box says the film is not rated, then its probably a TV movie. When in doubt, carry Roger Ebert or Leonard Maltin's (even if he missed the boat with Billy Jack) book with you when dealing with a TV movie rental.