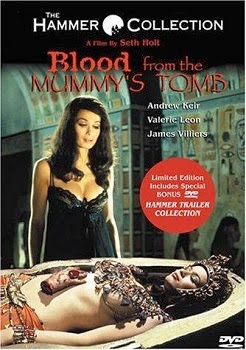 Review
The evil Egyptian Queen Tera (Valerie Leon) is entombed as punishment for her sorcery. Her executors sever her hand which wears her evil jeweled ring. The severed hand crawls off and calls down a plague to slaughter her tormentors. 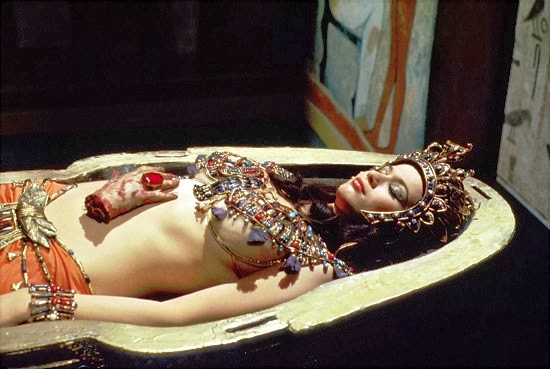 Several thousand years later, a British expedition led by Professor Julian Fuchs (Andrew Keir of "Quartermass and the Pit") finds and opens Tera's tomb. At that exact moment, Professor Fuchs' wife gives birth to a daughter before dying. The expedition finds that the body of Queen Tera has not aged. The demonic temptress is as luscious and inviting as the night she was entombed. 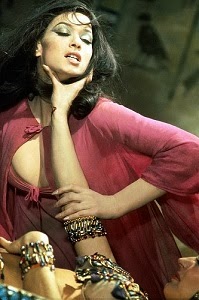 20 years later, professor Fuchs daughter Margaret has grown into the spitting image of Queen Tera. Her father has uncovered a secret concerning the ring and the severed hand. Does the curse involve his daughter? You betcha! Get the movie to discover more.

This is one of the better gothic horror films produced by Hammer. It is probably the best Hammer film from the end of their golden age. This is remarkable considering the film's plagued production. Peter Cushing had been cast to play Professor Fuchs, but pulled out after one day of filming because the illness and death of his wife. With one week left in production, director Seth Holt died suddenly and had to be replaced by Michael Carreras. It is impossible to tell the scenes filmed by Carreras from those by Holt. 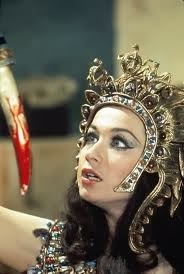 The Disc
Another great addition to Anchor Bay's ever growing list of Hammer horror films. This disc has an excellent film as it's center piece. The interviews and productions notes tell the tragic story of its production. Excellent picture and sound quality.

Picture Quality: 10/10
This is a lush movie. The colorful production design ranges from ancient Egypt to modern London. The picture loses none of the excellent color.

Sound Quality: 10/10
Sound is always important to the tension and shocks delivered in horror films. The score is excellent. You miss none of the lines of dialogue. Crisp clear sound.

Extra Features: 10/10
I loved the bonus disc: The Hammer Trailer collection. The bonus disc includes 20 theatrical trailers from the Hammer film library. Included are several Hammer classics, and a few lesser known films. One highlight is the trailer for "The Legend of the Seven Golden Vampires," a cheesy kung-fu/white slaver/vampire movie with Peter Cushing as Van Helsing in China.

The interview with the still lovely Valerie Leon and writer Christopher Wicking is quite good. The still gallery includes photos from Peter Cushing's one day of filming.

The Final Word:
Well worth the price of admission. If you're a Hammer fan, you will want to buy this one for the library.