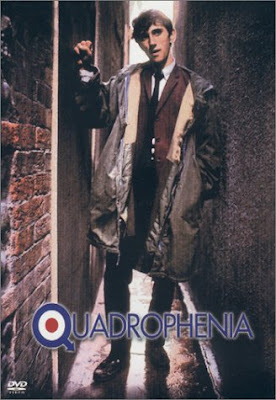 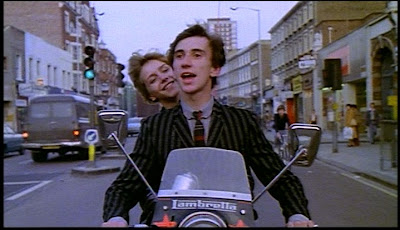 
In the early and mid 60s, English youth embraced two styles. There were Mods and there were Rockers. The Rockers were tough leather boys on motorcycles who fondly remembered the riots caused by Bill Halley and the Comets when they toured England in the 50s. The Mods were more stylish. The uniform was the bespoke suit and their mode of transportation was a Vespa scooter decked out with about a million mirrors and reflectors. They embraced the music of The Who and those lads from Liverpool. The Mods were just working class blokes and their girls dreaming of a better life. Based on The WHO’s album of the same name, "Quadrophenia" is one of the most underrated films of the 70s. Director Frank Roddam created one of, if not the best "teen angst" film ever made. 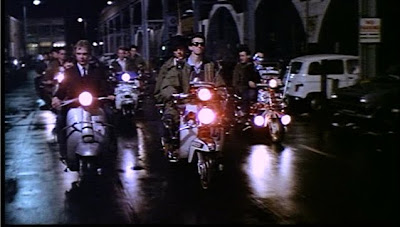 "Quadrophenia" captures 10 days in the life of Jimmy Cooper (Phil Daniels), a lost young teen who rebels against his complacent parents by embracing all the trappings of the Mod scene. Jimmy has few goals: he loves taking speed, riding his Vespa, dancing the night away, fighting with the Rockers and most of all, Jimmy wants to be with the sexy Steph (Leslie Ash). As happens with all people on an inner quest, Jimmy slowly begins to realize that his friends, the pills and even Steph don't ease the pain he feels. 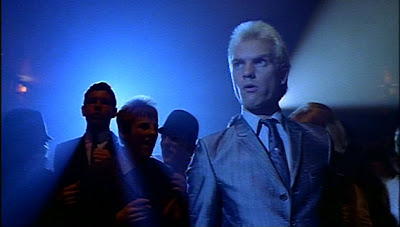 "Quadrophenia" is well written, well acted, deliberately paced and never boring. Director Roddam captures the era perfectly. The sound track is filled with a great songs from the era. The surviving members of The Who were the executive producers of this outstanding movie. Keith Moon tragically died just before production began. Their music is also amply represented on the soundtrack. The cast of relatively unknown actors and actresses are all excellent. Sting made a very memorable film debut as "Ace Face," the coolest of all the Mods.

If you have ever seen this great movie on VHS you need to see this totally restored DVD version. The picture and sound couldn't be better. This is another film that I discovered in Danny Perry's great reference book "Cult Movies." This is a multi-layered film which gets better after each viewing. The film is as explosive as the 1964 riot between the Mods and Rockers which inspired Pete Townsend to write the album "Quadrophenia." 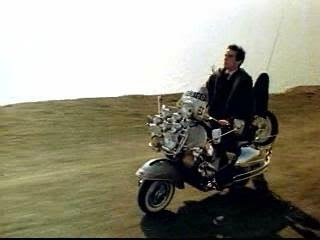 
WOW! Rhino Home video took great pains to restore this film. It is a great movie, and they have treated it as such. They also jammed this DVD with a ton of outstanding extras. The only thing they left out of this DVD are free front row tickets to a WHO concert!


This DVD was digitally remastered from the original 35mm film negative. The film restoration feature shows you just how much work went into this project.


The soundtrack was also remastered. The restoration feature also gives the viewer a comparison between the aging soundtrack and the newly remastered one. 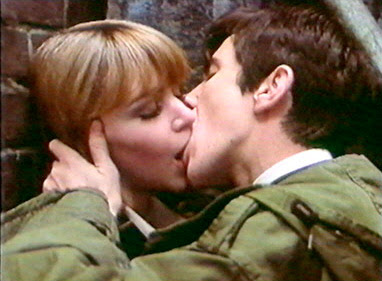 
Turn it up! Great music by The WHO blares over the flashy hip menu. The DVD has a ton of features. Despite the complexity of the disk, the menu is easy to navigate.


The commentary track by director Frank Rodham is excellent and informative.

I also enjoyed the trivia track. As you watch the movie all sorts of captioned goofy facts pop up. There are also a whole bunch of Easter eggs hidden throughout the disk.

The interview with Sting shows what a truly strange (and I mean that in a good way) person he is.

The Mod film compendium is huge. There are nearly 50 films featured with capsule reviews! Who fans will enjoy the discography. 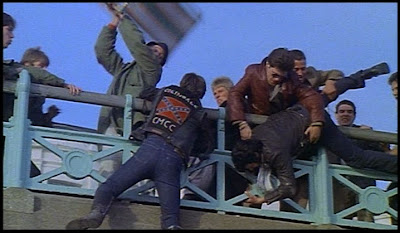 The animated "London the Brighton" map is very cool. You can toggle back and forth between two screens which show either the road map of the trip you are taking or a fast motion film taken from a car as it drives the 45 mile route. Neat quirky soundtrack on this feature. It really doesn't mean anything but it is fun. There are trivia captions which pop up along the way.

The abovementioned film restoration feature shows a split screen on which you see the before and after comparison.


Please reward the makers of this DVD by buying this product. It is an excellent product. If such works are rewarded with commercial success, we might just find that other such great DVDs will come down the pike. Rhino Home Video is to be commended for a job well done!