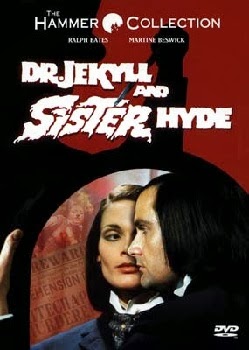 Review
During the early 70s, Hammer films began to pump more gore and nudity into their films in hopes of boosting diminishing box-office receipts. Unfortunately, this ploy didn't work, and Hammer's reign as THE horror film studio came to and end by the mid-70s. Instead of relying on gimmicks, Hammer should have taken a hard look at the tired reworked scripts they were producing. One exception to the rule of unoriginal retreads from Hammer's late period was the exploitive sounding "Dr. Jekyll and Sister Hyde." What started as a joke in the studio cafeteria turned into one of Hammer's better films. "Dr. Jekyll and Sister Hyde" reexamined the roles of men and women in Victorian England with a modern bent. Of course, "it's a man's world" was the rule at Hammer, so some avenues of investigation were not fully developed. However, the movie is a taut thriller with some great acting, direction and great evocation of the period. 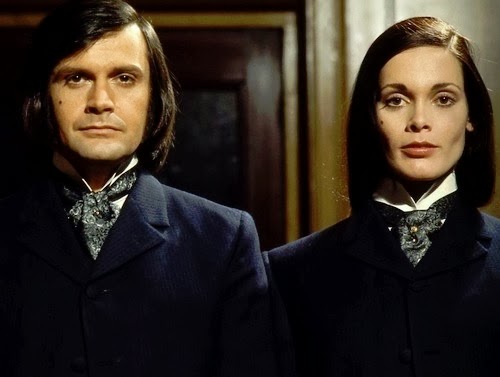 "Dr. Jekyll and Sister Hyde" takes the basic premise from Robert Louis Stevenson's book, throws in a little Jack-the Ripper and the real life body snatchers Burke and Hare to boot. Ralph Bates, (a real life descendant to Louis Pasteur) stars as the Dr. Jekyll half of the title characters. Jekyll is hoping to rid the world of disease and suffering with his "elixir of life." Jekyll has been experimenting with female hormones obtains from the ovaries of bodies from the morgue. Jekyll has also employed the body snatchers Burke and Hare to dig up fresh graves. After discovering that his elixir extends the two-hour life span of a common fly by three days, Jekyll decides to test the elixir on himself. Jekyll ignored the fact that the male fly he tested the drug one laid eggs later on! Jekyll takes a drink and presto change-o, Sister Hyde (Martine Beswick) is looking back from the mirror.

A battle for possession of the body by its two occupants ensues. Hyde is a highly sexed homicidal banshee. Jekyll is terrified of what Hyde does, but he is intoxicated by the power he has unleashed. Each character turns to murder to obtain more female hormones. I'll go no further into the plot for those who might see this great little horror gem. 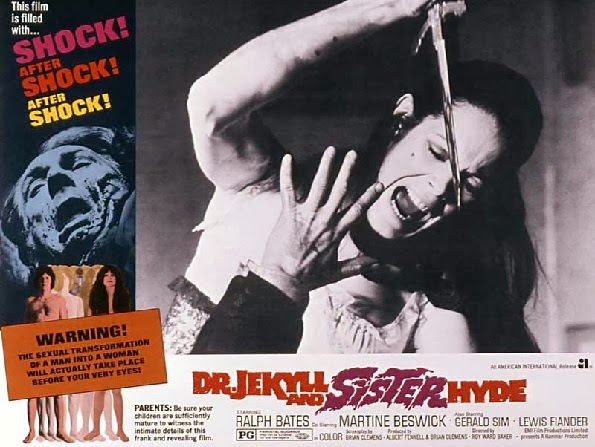 Filmed on a very small budget and completely on sound stages, "Dr. Jekyll and Sister Hyde" has a rich look and evokes the period quite well. The sets, lighting and costumes are all excellent. The buildings look as if they were really lived in. The first transformation is a wonderment of filmmaking. Dr. Jekyll thrashes around the room in agony as the elixir takes effect. He falls into an easy chair in front of a full-length mirror. His face sinks into his hands. He looks up at the mirror and Sister Hyde is looking back. What makes this outstanding is that the entire scene is done in one take without a single cut. I was a bit disappointed that the director, Roy Ward Baker explained how he pulled this off on the commentary track. It is so cool when you realize that it was done in one continuous take. Jekyll has an admirer, Susan (Susan Broderick). Susan's brother, Howard (Lewis Fiander) becomes enamored with Sister Hyde. There is a funny scene where Jekyll runs into Howard on the street. The Hyde part of his personality becomes aroused and her touches Howard's face and speaks his name. Realizing what he has done, Jekyll turns and leaves. Another scene which tries to examine to psychological issues created by Jekyll's experiment takes place just after the first transformation. Sister Hyde opens her robe to look at her breasts for the first time. An evil grin comes across her face as she instantly realizes that her body will be her greatest weapon in carrying out her plans. Other than these two sequences, the film doesn't delve deeper into the possibilities raised by the plot.

Some critics have attacked the film as being sexist, and a confirmation of Victorian views that women should be kept in their place because they are basically evil when given freedom. My feeling is that those critics are looking to hard for some political ax to grind. A cursory examination of the films put out by Hammer in the 70s reveals that the studio began to rely more and more on exploitation to make money. In this case, the exploitation just happened to make for a great story and movie. 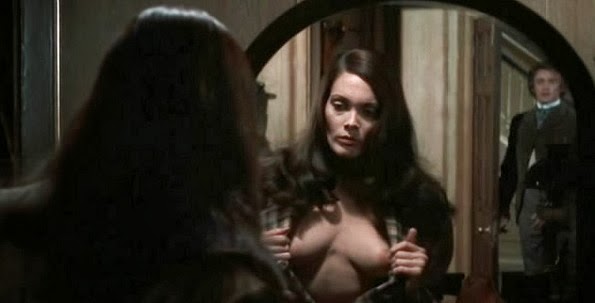 
For the most part, and excellent picture. A few times during the movie, artifacts are apparent. There is a slight warble, if that's the right word, in the picture during a couple of points. For the most part, the rich colors and great studio lighting used to evoke London in the 1880s is all there for you to enjoy.


I didn't miss any of the dialogue, but the sound was a bit tinny at times. As is the habit among horror film directors, the sound track blares forth with deep bass sounds during scenes designed to cause fright. I was a bit annoyed the way the sub-woofer on my sound system would seem to jump to life during these scenes and then cut off the rest of the time.


Nice use of photos from the movie. Fun design. There is a mad doctor lab motiff to the menu. Lots of slime green. Easy to navigate. 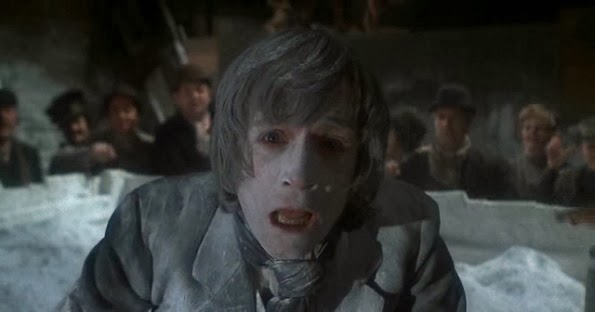 
Great commentary track. I got a kick out of co-writer/producer Brian Clemens bragging about a song he wrote for the song. I watched the movie before watching with the commentary track. I got so annoyed by this female street urchin walking around singing a terrible song. I really wanted her character to get killed before she sang another note! The poster gallery montage is great. I also enjoyed the cheesy radio spots which cautioned parents to protect their children from the graphic sexual transformation in the movie!


Regular readers know that I love the horror films produced by Hammer. I'm happy to have even the bad ones in my library. This is one of the better films. It is probably the best film from the late period of Hammer. I'm very grateful that Anchor Bay has put so many great Hammer films out on DVD. This one is more than worth the price of admission.