Brother From Another Planet

I've been pulling up some old DVD and Video Risk reviews from the cybertomb that once was EInsiders.com. Hope you enjoy. This was my first "Video Risk" columns from March of 2000. 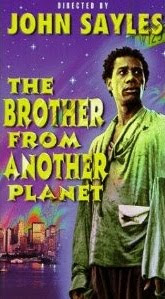 One characteristic of the science fiction genre is the underlying social or political message. The films made during the height of the cold war drove home the ideal of the American way while taking steady aim at the ever present communist menace. John Sayles' 1984 film The Brother From Another Planet reverses this pattern and examines the American dream gone bad; the enemy is among us, and we are it. Sayles focuses on the cancer of racism and classism in America (and elsewhere in the universe) in this parable of a mute, three-toed, black-male, runaway-slave from outer space who winds up in Harlem.

Examining The Brother From Another Planet using Peter Biskind's criteria from the book Seeing is Believing is a difficult task as Sayle's film is more of a message film than a science fiction film. Many of the characteristics of the genre pointed out by Biskind are present though. The alien (Joe Morton) possesses the power to become one with whatever he comes into contact. He understands the languages of humans, is able to diagnose mechanical failures and repair them with the touch of his hand, and can heal wounds. His power reminds me of Michael Valentine Smith's philosophy of GROK in Heinlein's Stranger in a Strange Land. The main difference between this alien and the aliens in other science fiction films (ET being an exception, also) is that the alien poses no threat to humanity. While a pair of intergalactic bounty hunters are on the trail of the Brother, they do not pose a danger to humanity in general. The enemy in this film is oppression and racism. In this regard, the bounty hunters are no more dangerous than the bigoted police officers who patrol Harlem. 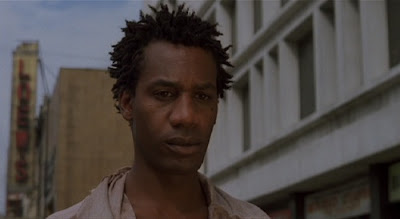 The residents of Harlem who take in the Brother form the coalition at the center of the conflict. The Brother is viewed with suspicion by the patrons of a local bar he wanders into upon his arrival in New York. Once he establishes his powers by fixing a video machine with the touch of his hand, the bar owner and a civil servant patron begin to help the Brother on his road to assimilation into society. The bar owner, the civil servant, and the woman with whom the Brother boards become the coalition who aid the Brother emotionally, financially, and when push comes to shove, with their muscles.

The society in The Brother From Another Planet is a bottom-up society. The positive side of government is represented by the welfare worker who aids the Brother. The only other governmental representatives present are the police officers on the street. The police officers are used a symbols of the repression felt by the resident of Harlem. In one scene, a rookie police officer speaks to the Brother about his love for all people. The speech is hollow and insincere as is an encounter the Brother has with two-lost-white males who stumble into the bar. These college-aged, pseudo-liberals spend the day drinking and talking to the Brother about how all of us need to communicate in order to bring the races together. The two men leave the bar thinking they have made great strides in bringing the scourge of racism to an end. 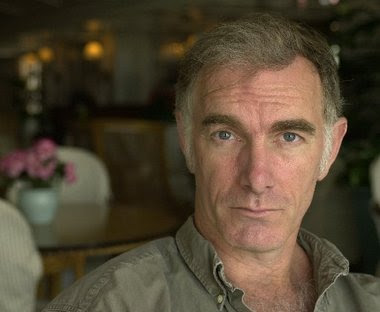 Director Sayles is not saying that we do not need to communicate with one another, but rather he seems to be aiming barbs at the portion of the liberal community that does not back its rhetoric with action. As for the rest of the society represented in the film, Sayles presents a myriad of characters who have different ideas, opinions and are brought together by the common bond of trying to survive the daily battle of life in Harlem. Among the patrons of the bar are a young, unemployed man who spends his day playing video games; a philosophical, old man who preaches a better way of life; the welfare worker; and the owner. These five characters may bicker incessantly among themselves, but when the two bounty hunters show up to return the Brother to his planet, they close ranks and do battle with the outsiders.

The film deals with pertinent subject matter. The problems of crime, poverty, drug-abuse, hatred, and apathy are dark in nature, but the film presents an ultimately positive message. This message is presented via the Brother's point of view. The Brother could just as well have been a slave from the Civil War era who found himself transported to the present day. The difference between the world of enforced slavery that he left and the world of modern day Harlem are light years apart as far as the treatment of human beings is concerned. Yes, the Brother does see the evils of this world, but he also sees the positive aspects of society. He revels in the wonder of earth women. He sees the importance of education, as he takes the small son of the woman with whom he boards to the civil rights museum. He understands that in order to make one's environment a better place, one must be an activist. This he does when he tracks down and puts an end to a major drug dealer. The Brother has a good attitude. That may sound simplistic, but it is the one characteristic that enables him to survive in his new world. He realizes that this world has the potential to be an outstanding place to live. His attitude rubs off on those with whom he comes into contact, with the notable exception of the drug dealer who gets a taste of his own medicine.

The film ends with the final confrontation between the Brother and his two intergalactic pursuers. The bounty hunters chase the Brother into a dark ally and suddenly find themselves confronted by twenty or so people standing with the Brother. These people have been shown throughout the movie in crowd scenes. None of them have spoken during the earlier scenes, and they do not speak now. They appear to be runaway slaves just like the Brother. After the confrontation with the bounty hunters, the Brother looks another of the men and points toward the sky. It is as if he is asking, "Are you from space, too?" The man shakes his head no and points down. I tend to believe that the others in the crowd were escaped aliens, and that the man's negative response to the Brother's query was his way of saying. "I've found my home. It may not be perfect, but it's better than where I came from, and has the potential to become a better place with the help of you and me." Sayles is saying that through unity any injustice may be corrected. Of course, I may be reading more into the scene than there really is.

The closing shot of the film shows the Brother smiling from the window of a subway car as it disappears into the city. The Brother has become a part of the city. He is no longer a runaway slave; he has become an intergalactic immigrant.