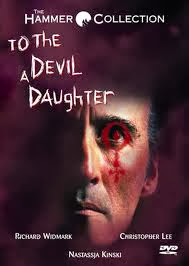 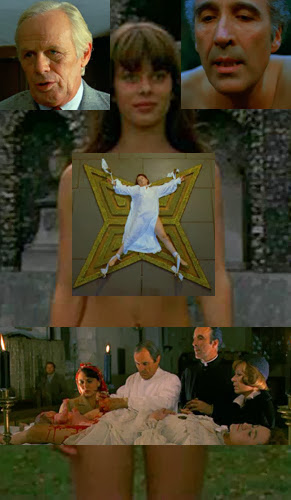 "To the Devil...A Daughter" is infamous for being the final film put out by Hammer Studios. The film came out during the cycle of satanic-themed films that included "The Exorcist" and "The Omen." Unfortunately, "To the Devil...A Daughter" fails to come close to either of those films in quality, story or suspense. This is a shame when you consider the incredible cast: Christopher Lee, Richard Widmark, Honor Blackman, Denholm Elliot, Nastassja Kinski, the great source material: a novel by prolific author Dennis Wheatley, and Hammer's previous film version of a Wheatley book: the magnificent "The Devil Rides Out." "To The Devil...A Daughter" is proof that you should never begin shooting without a finished script!

In the opening sequence, Father Michael Rayner (Christopher Lee) is excommunicated for heresy. He moves to Germany and begins his own church. His church has all the trappings of a Catholic Church with one difference, they worship Satan, or Astaroth as they call him. Roll credits. It is 18 years later. American occult novelist John Verney (Richard Widmark)is in London promoting his new book. He is approached by Henry Beddows (Denholm Elliot) for advice. Turns out that Henry Beddows gave his daughter Catherine (Natasha Kinski) to Father Rayner at birth so she could become the Devil incarnate on her 18th birthday. Verney begins to investigate, and the film becomes a battle of good versus evil with Rayner and Verney as opponents.

"To the Devil...A Daughter" is beautifully shot. The film looks as expensive as either "The Omen" or "The Exorcist." The problem was the script. Shooting began before a script had been finished. The film's ending is a total mess. Christopher Lee said the ending ruined the entire film. This is true in part. The movie has some great performances, especially by Christopher Lee and Denholm Elliot. There are some great ideas that survive from Wheatley's book. There is also a great full-frontal nude scene by the 18-year-old Ms. Kinski! All in all, "To the Devil...A Daughter" is an interesting near miss.

Picture Quality: 9/10
Excellent picture. There are a few artifacts here and there. No real delineation problems until the final scene. Great flesh tones.

Sound Quality: 7/10
The mono track gets the job done. Nothing special though. I would have preferred a remastered track. The movie has some sound-effects intensive scenes to enhance the suspense. This movie could use all the help it can get in that department. 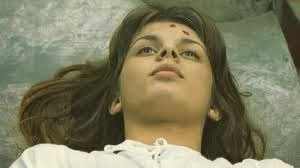 Menu: 10/10
Very cool menu design. Easy to navigate. There is a very funny Easter Egg on the Special Features menu.

Extra Features: 10/10
Fan's of Hammer Films will want to get this DVD for the featurette "To the Devil...The Death of Hammer." This half-hour long featurette goes behind the scenes of the making of Hammer Studio's final film. It includes interviews with Christopher Lee, director Peter Sykes, Honor Blackman and others. Christopher Lee speaks candidly about what a disappointment the final film was. There are a bunch of stories about how difficult Richard Widmark was on the set. Maybe Mr. Widmark realized at the time what a mess the film would be!

There are bios for Christopher Lee and Richard Widmark. As is usually the case with Anchor Bay, they are extensive. The DVD also includes a photo gallery, which includes movie posters, production stills and Ms. Kinski’s birthday suit.

The Final Word:
Hammer fans will want this in their collection just because of the film's historical significance. Kinski fans will want it for her naked young body. All others beware.