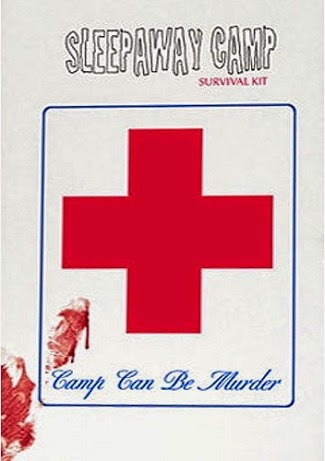 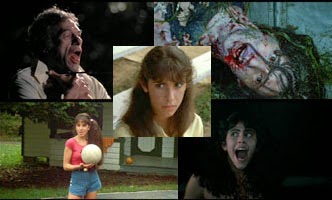 "Sleepaway Camp" (1983) is a routine, crazed killer lose in the summer camp movie. That is, until the film's final scene. I must admit that I had goose bumps for 15 minutes after the final scene played. The final scene of "Sleepaway Camp" is one of the most original and innovative scenes ever to appear in a horror film. That final scene puts such an incredible spin on everything that came before it, that you have to watch the movie a second time in order to catch all of the macabre twists that only seemed routine before. The revelation at the end of "Sleepaway Camp" is the stuff nightmares are made of. 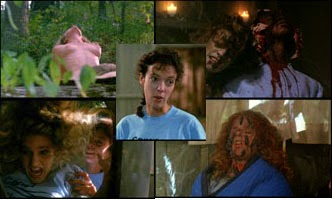 The problem with doing a sequel to "Sleepaway Camp" is that you know who and what the killer is. There is no way to build on suspense. For this reason, the sequels are nothing more than an excuse to show people, usually women, being killed. The filmmakers seemed to realize this, so they spiced up the two sequels with loads of sex and violence. I appreciated the beautiful bodies on display, but other than that, there isn't much to recommend either the second or third film.

There are some funny lines. That isn't reason enough to see the sequels. The special effects are lame when compared to the works of Tom Savini or Lucio Fulci. The sequels reason for existence is to show beautiful naked girls having sex and then kill them. In all fairness, the killer in these movies is an equal opportunity sociopath. Guys are graphically murdered as well!

The first film boasts Mike Kellin in his next to last film. He's the guy with the arrow in his throat in the accompanying photo. Michael J. Pollard (Bonnie and Clyde) appears in the 3rd film. Cult film actress Felissa Rose appears in the original film, while the sexy Pamela Springsteen, sister of "The Boss" Bruce Sprinsteen, plays Angela in the two sequels. If you are interested in seeing truly original and terrifying horror, catch Dante Tomaselli's upcoming "Horror." That film features Felissa Rose in a cool cameo!

Picture Quality: 8/10
There are some delineation problems during the nighttime scenes in all three films. That is probably due to the source material. I didn't notice any artifacts or pixilation. The flesh tones (ample amounts in the 2nd and 3rd film) are excellent. Cheap looking blood.

Sound Quality: 7/10
The mono sound track is flat. The screams are piercing, but overall, the sound is flat. The track makes little use of the surround sound feature.

Menu: 7/10
The menu on the first film is kinda cool, but the other two are uninspired. Easy to navigate. My usual complaint about Anchor Bay using text titles instead of pictures on the chapter selection menu. 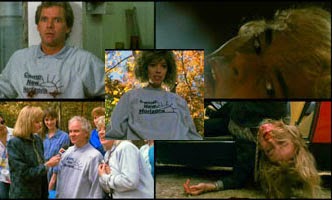 There are trailers on all three discs. The second and third films have ample still galleries covering publicity, make-up, behind the scenes and artwork.

The second and third DVDs also include behind the scenes footage and outtakes. Fans will enjoy them. The third DVD also includes deleted scenes including additional gore. The murders in the 3rd film are the tamest of the series. However, the director obviously didn't mean for it to be that way. The deleted gore scenes are very graphic. They are also disturbing. In one scene, a topless, silicon enhanced woman is beaten with a log. The camera lingers on her breasts as each blow impacts her. Loads of fun for impressionable kids!

The Final Word:
Fans will eat up this boxed set. I recommend the first film, but can't find anything remotely entertaining or redeeming about the sequels.