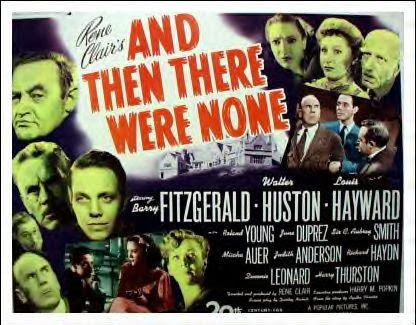 Payback is a Bitch, or so the old saying goes. While the good book says that vengeance belongs to the Man Upstairs, taking our own revenge is the stuff of good drama. Agatha Christie's novel "Ten Little Indians" has been filmed numerous times, but never better than as 1945s "And Then There Were None." One of the greatest whodunits ever filmed, "And Then There Were None" is a frisky, funny, scary film which proves that "payback IS a bitch!" Especially if you are the object of the vengeance. 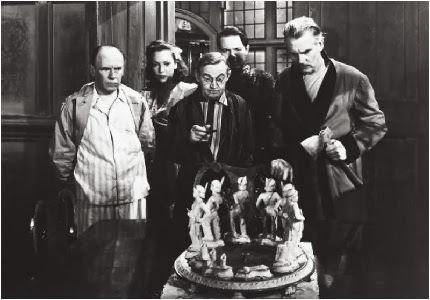 Ten people are invited to spend the weekend on a remote English Island by the mysterious Mr. U. N. Owen. None of them have ever met their host. Upon arrival, they are surprised to find that their host is no where to be found. The characters run the gamut of high and low European society. There is Dr. Edward G. Armstrong (Walter Huston), a publicly teatotaling physician who sneaks his drinks on the sly. A curmudgeonly Irish Judge Francis Quinncannon (Barry Fitzgerald). General Sir Thomas Mandrake (C. Aubrey Smith), a retired absentminded veddy, veddy English military man. Prince Nikita Starloff (Mischa Auer), a smarmy Russian jet-setter. Emily Brent (Dame Judith Anderson), a matronly, snobbish pain in the ass. William H. Blore (Roland Young), a couldn't find his own nose private detective, Vera Claythorne (June Duprez), a beautiful young working class girl, Phillip Lambert (Louis Hayward) the dashing young English man about town, and Thomas and Ethel Rodgers, (Richard Haydn and Queenie Leonard) the married butler and cook hired to provide service during the weekend.

The characters sit down to eat dinner. The center piece includes statues of ten Indian boys. Vera is reminded of a nursery rhyme. Prince Starloff finds the words and music to the old English nursery rhyme "Ten Little Indians" on the piano. The "bon vivant" begins to sing the verses: 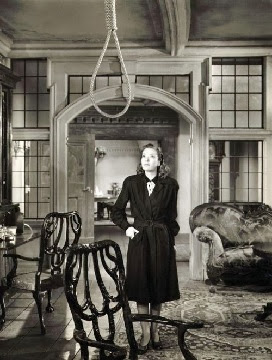 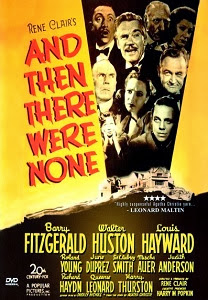 After dinner the first evening, the guests are greeted by the voice of Mr. Owen. Mr. Owen introduces himself and proceeds to accuse each of the guests with a crime which resulted in the death of another human being. It turns out that Mr. Owen had instructed Thomas Rodgers to play a phonograph record. Mr. Owen is no where to be seen; or is he (or she)? What follows is a humorous, spooky, bump in the dark thriller in which one-by-one the characters begin to die. Each time a guest meets their demise, one of the porcelain Indian statues is found broken. Tension rises as the guests drop. Who will be next? Who is Mr. U.N. Owen? Hints and red herrings abound throughout. Director Rene Clair makes the most of the claustrophobic setting. Even when the action takes place outside the estate, there is a feeling of dread among the characters. Even in the bright sunlight, a swift and just execution seems just around the corner. This is a great popcorn movie for a dark rainy night. Grab your mate, snuggle up and try to figure out whodunit!