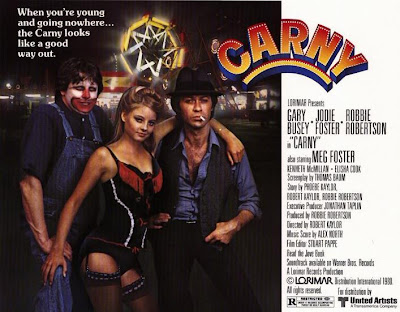 I've been pulling up some old DVD and Video Risk reviews from the cybertomb that once was EInsiders.com. Hope you enjoy. This review was from January 2001.

I was stuck at a railroad crossing a few years ago as the Ringling Bros. & Barnum and Bailey Circus train passed by. I was intrigued by the voyeuristic glimpse I got of these people's lives through the windows of that passing train. The windows of one car were lined with shampoo bottles and a pair of pantyhose hanging up to dry while a couple sat playing cards at a table. What kind of life do those folks lead? Produced, starring and co-written by The Band's Robbie Robertson, the 1980 film Carny offers a peak inside the world of traveling carnival workers or "carnies." This work of love on Robertson's part is a gritty, unromanticized journey through the lives of hucksters, con artists, hootchie cootchie dancers, and sideshow freaks. 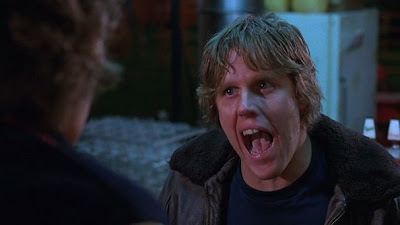 The story follows two buddies, Patch (Robbie Robertson) and Frankie (Gary Busey) whose relationship is tested when Frankie falls for a small town girl looking for a way out of her rut. The girl, Donna (Jodie Foster) first meets Frankie while on a date with her hotheaded jock boyfriend (Craig Wassen). Donna stands by while her thick skulled boyfriend is separated from his money by a psychotic clown called "The Mighty Bozo." Busey's gig at the carnival is as the dunk tank clown. Busey spits insults out to the inbred rednecks. The madder they get the more money they spend trying to dunk Bozo into the drink. Busey's Bozo is a wonderment. Bozo's makeup is reminiscent of John Wayne Gacey's clown make-up. His machine gun fire spiel of insults sounds like Billy Bob Thornton in Sling Blade on PCP. The movie is worth renting for the opening scene alone. There have been many times when after communing with my good friend Ron Baccardi, that I will break into my Mighty Bozo imitation. Maybe I'm crazy, but I'm one of those folks who believes that Gary Busey is a great actor. I thought he deserved an Oscar for his work in "The Buddy Holly Story." During the credits, Busey puts on his Bozo makeup. This is followed by the great opening which establishes most of the main players in the movie. Busey in the dunk tank hurling insults faster than a drunk red neck hurling up beers on a Saturday night is hilarious. There is a scene later in the film in which Busey is putting on his makeup in front of his new love Donna. His exchange is one of the best summations of that intangible wisp of a thing that draws people to acting. 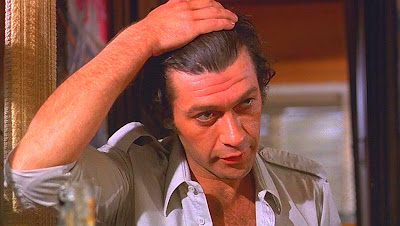 The movie's big surprise is Robbie Robertson. Robertson was of course, the lead singer and guitar player for The Band. This movie was his baby, and is an obvious work of love. Robertson produced, co-wrote and starred in the movie. He has a natural screen presence. This was first apparent in Martin Scorsese's penultimate concert documentary "The Last Waltz." Robertson and director Robert Kraylor take the viewer into a shadow world of people living on the edge. The characters are treated with respect, but they are not idealized. There are no stereotypical whores-with-hearts-of-gold for example. Each character is a real person. The viewer witnesses the commonality of all mankind from this movie. I don't know any "special people" (side show freaks, to put it crudely), but I got to know a few in this movie. Guess what, they may be a little heavier or hairier than me, but they have the same feelings, needs and desires. The great mystery to me, after watching this film, is why Robbie Robertson hasn't done more in film as either a producer or actor. 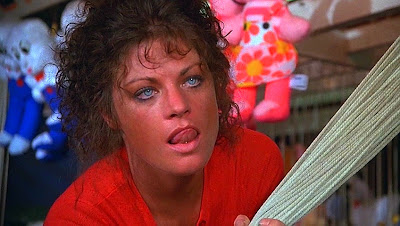 There are a lot of great character actors on display here. Kenneth Macmillan, Elisha Cook Jr., Bill McKinney, and Bert Remsen. One of my favorites Meg Foster also has a small role. Don't you just love her glass blue eyes. Look quick for Fred Ward in a one scene cameo. 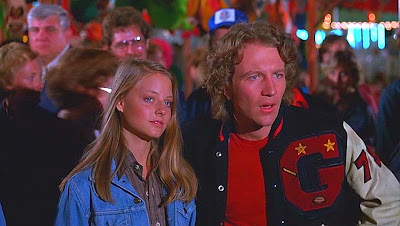 This was one of Jodie Foster's break through roles. The transition from child actor to adult star is difficult at best. Several cemeteries and prisons are populated by those who could not make the adjustment. Ms. Foster is perfect in the role of Donna. She has the brash veneer of a kid who wants to be older. Her bluff is called, when she is forced to either work for the carnival or be left behind. She does one night as a hootchie cootchie dancer. Donna bravely states that she has danced before, but it is unlikely that she has stood naked in front of anyone else, including her lover with the lights on before. Ms. Foster is expertly awkward on stage beside seasoned strippers. After Carny, she began to get more and more adult roles. 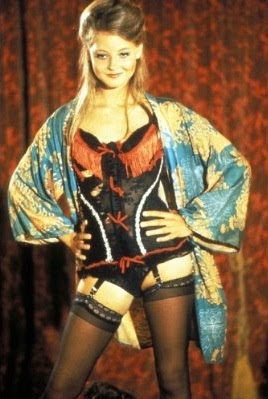 I remember as a kid growing up in Memphis, driving in the car with my dad at night. He would tune the AM radio to stations from Chicago, St. Louis and some times Texas. There was magic in that static signal from far away. Since early childhood, I've been filled with a wanderlust, that sometimes becomes almost painful to resist. Carny appeals to that primal urge in me. If you too, have such a deep desire to pick up and leave, then you might understand the deep appeal this movie holds for me. Of course, I can't run away and join the circus, so the next best thing is renting Carny. Enjoy!

Robbie Robertson was most definitely NOT the lead vocalist of The Band. He contributed little to the vocals, though he was the lead guitarist and primary songwriter.