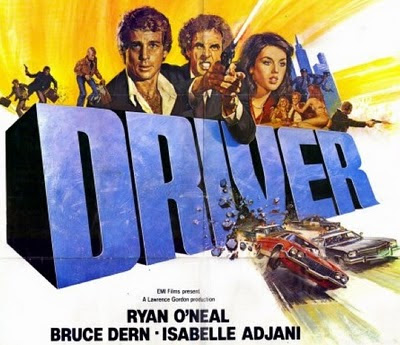 I've been pulling up some old DVD and Video Risk reviews from the cybertomb that once was EInsiders.com. Hope you enjoy. This review was from December 2000.

Prior to writing and directing his second film, The Driver (1978), Walter Hill had contributed as writer, assistant director or second unit director on Bullitt and the original versions of The Getaway and The Thomas Crown Affair. While the influences of those films are apparent in The Driver, this lean, mean crime drama is no derivative rip-off. Hill's taut character study stands along side those earlier films as a Zen crime classic. 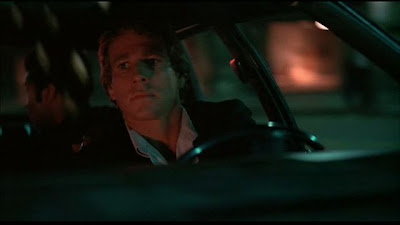 What story there is surrounds the attempts of a corrupt cop (Bruce Dern) obsessed with catching the "cowboy who's never been caught." That cowboy is The Driver (Ryan O'Neal). The characters in this movie have no names. They are The Driver, The Detective, The Connection, and so forth. These symbolic names are clues to the viewer that what at first appears to be a fast-paced action film is really a Zen study of people evolving into the best person they can be. It makes no difference that these characters are amoral people, they all strive to be the best "badguy (or gal)" they can be. It is this existential undercurrent which sets The Driver apart from countless 1970s crime dramas. 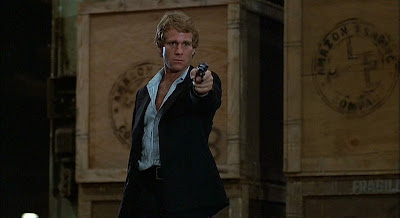 My favorite film of all time is Sergio Leone's "Once Upon a Time in the West." I am also a fan of Kurasawa's classic samurai movies, especially "Yojimbo." Ryan O'Neal's "Driver" compares favorably with the lone samurai warriors in those films. I don't care what you say, Charles Bronson's "Harmonica" in "Once Upon a Time in the West" was a samurai badass if there ever was one. Instead of a sword, Bronson's character wielded a six shooter, while in "The Driver," O'Neal has become one with his car. He is the best freelance getaway driver in the L.A. underworld. No one compares to him. There is a stand out scene in which a group of armed robbers who wish to employee O'Neal ask him if he is worth the high fee he charges. O'Neal proceeds to take the three badguys on a demolition test drive in the cramped confines of a parking garage, which is harrowing for the passengers and audience alike. His services are much sought after in the underworld. His legend is also what drives the obsessive Detective (Dern) to try and catch him. The cat and mouse game of taunts and teases between these two characters is very reminiscent of the taunting carried on to a perfect climax between Bronson's "Harmonica" and the ultimate badguy "Frank" (Henry Fonda!) in "Once Upon a Time in the West." 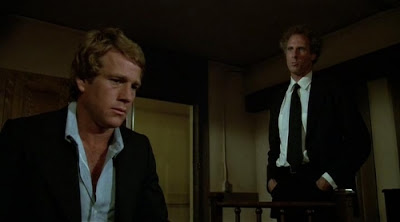 Ryan O'Neal has never been better. He has very little dialogue; according to IMDB he only speaks 340 words in the entire movie. O'Neal only talks when he has something to say. His character is the only one who has completely evolved into being the best. All others are wanna be's who admire and fear O'Neal. Those characters who are the least evolved usually underestimate O'Neal, and end up paying for it. This is a Darwinian crime film. The strong eat the weak. One refreshing aspect of O'Neal's silence is that there are no humorous throwaway lines ALA Arnold Schwarzenegger or Bruce Willis. If O'Neal kills someone, it is because there is no other way out. He doesn't relish violence. In fact he abhors any wasted effort or action. When he acts, he expends only the amount of energy necessary to get the job done. The Driver never stands over the body of a fallen enemy and gloats.

To some, this movie is nothing more than an exciting car-chase film. On this level, The Driver is as exciting as they come. Hill's direction of the car chases rival anything of this type ever put on film. The chases also have a Zen like quality. Hill shows O'Neal's thought processes as he flees from hoards of police. Rather than concentrate on exterior shots of speeding cars, Hill intercuts with interior car shots which show O'Neal calculating which route to take, acting on his observations, and out driving those in pursuit. The interior shots are very technical as, for example Hill shows just what it takes to perform a 180 degree E Brake turn. One shot really stands out during the film's opening nighttime chase through L.A.. O'Neal has just driven two cop cars into the dirt. He pulls back onto the abandoned streets and begins to drive the speed limit. The engine's silence is eerie after the roar of metal which preceded it. The silence is only a brief respite as, soon enough, more cops appear in the rear-view window. 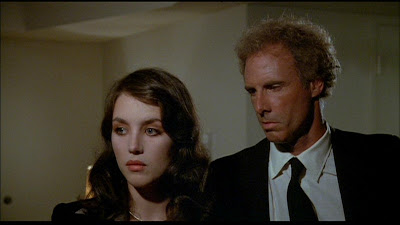 Following the first chase, O'Neal is shown disposing of the car by dropping it with a crane into a junk yard. The scene interested me for two reasons. O'Neal's oneness with the machine he is throwing away is apparent by the meticulous and almost loving way plays the scene. It as if he has more in common with the automobile than with human beings. He has almost become a machine himself. The two robbers who had hired O'Neal watch as he disposes of the battered car. There are undercurrents in this scene which continue throughout the rest of the movie. The viewer gets the feeling that these two badguys might try to kill O'Neal and cut him out of the take. There is something about the way O'Neal carries himself in this scene which prevents these robbers from underestimating him. Maybe they have evolved enough to realize that if they go up against O'Neal, they will not survive. 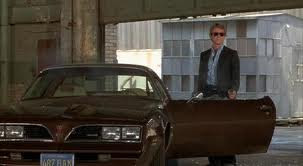 Do not think that because O'Neal doesn't speak much, that his performance is flat. The contrary is true. He does more with facial expressions and body language than most actors do with thousands of lines of dialogue. He would have been great in the silent film era. With one exception the rest of the cast is also excellent. I got the impression that the more a character spoke, the lower they were on the evolutionary ladder. This is especially true of Bruce Dern's Detective. Dern talks and talks. He believes that he is O'Neal's equal. He tries to convince all around him that he is the king of the hill. He is very intimidating, but while he can talk the talk, the viewer wonders if he can walk the walk. Dern's Detective is another of his memorable creepy characters. Another standout scene occurs when Dern, unable to covertly manipulate O'Neal into a trap, confronts O'Neal personally in The Driver's Spartan room. Watch the fleeting expression which flashes across Dern's face when O'Neal finally responds to the detective's prodding bravado. That split second is very revealing. 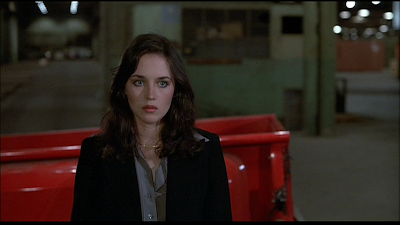 The one fault I find with the movie is Isabelle Adjani's performance as The Player. This was Adjani's first American movie. I don't know whether the fault for her flat, lifeless performance should lay at her feet or at the feet of writer/director Hill. Whoever's fault it is, her performance comes as close to being a fatal flaw as can be without actually killing the movie. I assume from the way the character is written, that the Player is as nearly evolved as O'Neal's character is. Unfortunately, Adjani seemed unaware of the film's suntext; as a result her character has one facial expression for every occasion. 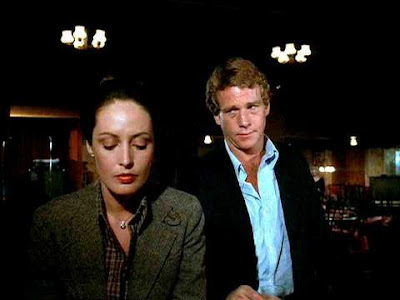 Fortunately for the viewer there are numerous rich supporting performances which provide texture and depth to this classic. Especially fine is the sorely missed Ronee Blakely as The Connection. Ms. Blakely was the heart and soul of Robert Altman's Nashville. Her performance here is quite small, but is painful proof that Hollywood overlooked and underused her talents. She is as talented and beautiful in this movie as Julianne Moore. I can't imagine what film today would be like if Ms. Moore were as overlooked as Ms. Blakely was. Another standout in the supporting cast is Rudy Ramos as Teeth. Rudy is one of the three armed robbers who attempt to lure O'Neal into a trap for Dern. He has the unfortunate task of having to try to persuade O'Neal to say yes after he has already turned them down. Their scenes together are some of the best in the movie.

The Driver should have appealed to a wider audience. The action crowd will not be disappointed, and those who prefer an interesting intellectual subtext to their movies will also be pleased. I have been a fan of Hill's since I saw his first film, Hardtimes, back in high school. The Driver is among his best work. If this review makes it sound to highbrow, ignore that and rent it for the thrills, either way you will not be disappointed.