An Interview (sort of) with Virginia Hey 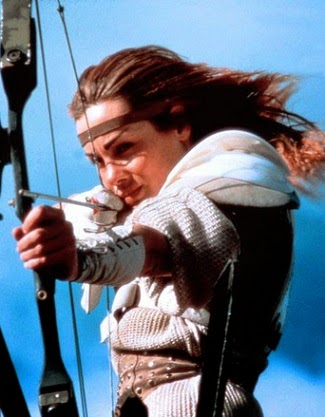 (NOTE: Found a couple of old interviews which I have not rescued from cyberspace. Hope you enjoy!!) An Interview with Virginia Hey
by Rusty White
Monday, September 2, 2002


Day Four of DragonCon: Monday, September 2, 2002: Exhaustion is the order of the day. I should be on the road back to Memphis, but I want to squeeze in a few more interviews. The costumed characters are not as prevalent today. It is like the last day of Woodstock for the unashamedly weird. The crowds have thinned out. The celebs are wiped out and I've got an eight-hour drive back to Memphis in front of me.

I came back on day four to talk with Australian actress Virginia Hey. Ms. Hey's performance in George Miller's action classic The Road Warrior is a haunting portrait of strength and vulnerability.

"It was sheer luck. That was my first film performance. I just read the script and went on instinct. I didn't have a method. George's direction had more to do with placement and movement than emoting." 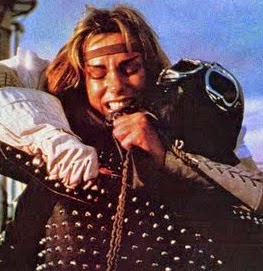 I asked about her impression of Mr. Miller.

"He was a great action director. I believe this was only his second or third film. Like me, he was still learning. He evolved into a very sensitive director."

Ms. Hey is running on fumes. I spoke to her the previous evening and she was near death then. She signs autographs for free because her manager is away. Nice lady. I want to ask her about her meditation CDs. Events involving a small kitten, some clumsy and pushy fans and shear exhaustion prevent me from imposing on the poor lady any further. She apologizes, unnecessarily and tells me that all the info I would want about her meditation tapes can be found on her web-site. She thanks me for leaving. It is the first time that I didn't mind that a woman was grateful for my departure.