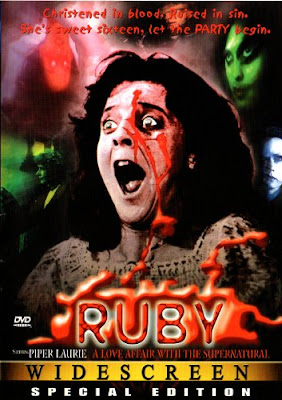 Prior to the release of John Carpenter's "Halloween," the top grossing independent film was Curtis Harrington's 1977 gothic horror film "Ruby." The original film was lost for many years or only available on VHS in a bastardized version which Mr. Harrington disavowed. Thanks to an extensive effort by VCI Home Entertainment, viewers may now see "Ruby" in a restored, almost complete directors cut. A print of the film was found in France a few years ago. The only thing missing was the soundtrack. The good folks at HBO had a copy of the soundtrack. Now the only thin missing was about 5 or 6 minutes of film which have never been found. That footage involved several elaborate scenes at the end of the film. The film's original producer had chopped off director Harrington's ending and added a "Carrie" like shock ending which betrays the elegant tone of the rest of Harrington's film. Still, this version of "Ruby" represents 95% of what Mr. Harrington originally filmed. A creepy little shocker, "Ruby" is a must have DVD for the horror aficionado. 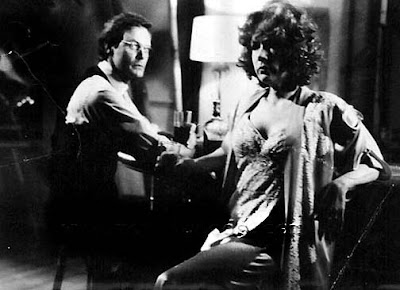 It is 1935. Ruby (Piper Laurie) and Nick (Sal Vechio) are lovers. Nick is the new guy in the Dade County gang. Nick and Ruby are about to enjoy a midnight cruise in a row boat when the rest of the gang show up. Nick is assassinated by his fellow gang members. Ruby falls in shock. That night she gives birth to Nick's daughter, Leslie Claire (Janet Baldwin). 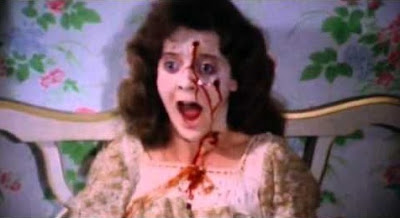 Roll credits, it is 16 years later. Ruby now sits in her fading mansion. She has opened a drive-in movie theater. As the old gang members have been paroled from jail, Ruby has taken them in and given them jobs. Ruby is an ice queen who hangs onto the past. She is haunted by what could have been if Nick had lived or if her recording career had taken off. She avoids her mute daughter as a painful reminder of life's twisted fate. 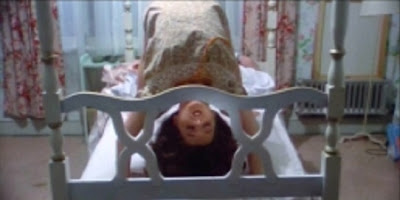 Things start to happen as the old gang members begin to meet grizzly fates. The ghost of Nick moves into the body of his daughter to exact revenge for those who slew him. Did Ruby set him up for the hit? Is her madness caused by guilt or the pain of true love lost? Who will survive the wrath of Nick? Get this great film to find out. 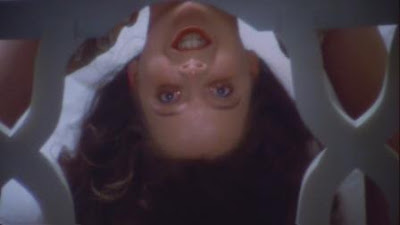 The film makes the most of its low budget. There is an outstanding performance by Piper Laurie as Ruby. She had just come off her success as Sissy Spacek's mother in "Carrie" when she made this film. There are also a couple of nice supporting performances by Stuart Whitman as Vince, Ruby's current lover and Roger Davis as Dr. Paul Keller, a paranormal-psychologist investigating the grizzly deaths. Janet Baldwin is also quite good as the possessed daughter. She has such an angelic face which is perfect for the 'woman-child' she portrays. There is an infant-like innocence to her which makes her vulnerable to the evil spirit which invades her. She also exhibits an ageless quality which makes her transformation into the possessed being all the more horrifying. While there are some similarities to Linda Blair's possession in "The Exorcist" this is not a rip-off of that movie. "Ruby" stands on its own as a minor horror masterpiece. This is due in part to the excellent performances, but mainly to the taut direction by Curtis Harrington. 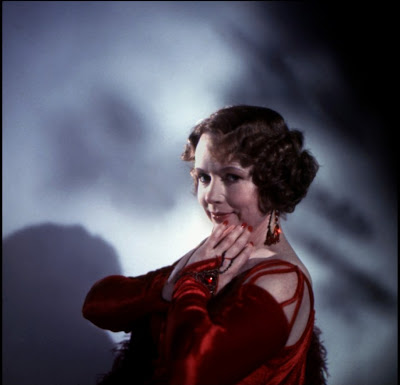 Harrington uses the small number of locations to create a creepy, claustrophobic atmosphere which smothers the viewer with dread. Harrington is a unique director in the horror genre. Phil Hardy said in "The Overlook Encyclopedia of Horror Films" that Mr. Harrington is one of the most interesting practitioners of the horror film in America. He has a long list of excellent films in the genre including "Games" (1967), "Who Slew Auntie Rue?" (1971), "What's the Matter With Helen?" (1971) and a host of made for TV horror films. Mr. Harrington delivers the scares. He is a filmmaker from the Hitchcock school in that he uses suspense rather than shocks to keep the audience on the edge of there seats. This is not to say the films doesn't have several well placed shocks, it does! This is an excellent movie.