An Interview with Peggy Stewart 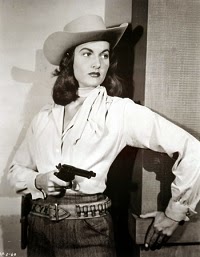 An Interview with Peggy Stewart
by Rusty White
Friday, August 24, 2001


There were numerous actors at the Memphis Film Festival which I was not able to spend extended periods of time with. I wasn't able to speak with Sam Edwards other than to say hello and have him sign my daughter's "Bambi" video box. He was Thumper. Due to time constraints, Kathryn Adams and Peggy Stewart were two others who I was unable to ask more than a few questions of. What follows is my conversation with Ms. Stewart.

At the panel discussion in which Peggy Stewart appeared, moderator Ray Neilson asked her about her "Red Ryder" costar, Robert Blake's legal problems.

Peggy Stewart: I've know Robert since he was a boy. There is no way he would kill someone. It makes me sick to hear these accusations about him. I'll give you an example of the type of person he is. I asked Robert to attend (a fan festival in Los Angeles, which this writer forgot to note). Robert said that he didn't attend those festivals. He is desperate to be liked by his fans, but he is aware of his reputation as a tough guy. Robert was afraid that someone would come up and say something stupid to him and he might react in such a way that would get him bad press. I don't want the folks not to like me. Anyway, A month or so later I go to the festival. The crowds are huge. The organizer came up to me and said that Robert Blake was there. I went up to him and wanted to strangle him. 'What are you doing here?' He was sitting with another actress as she signed and sold autographed pictures. It turned out that the actress was down on her luck and came to Robert for a loan. He didn't have the money to help her, but he told her about the fan festival and said he would come and sit with her while she sighed autographs. Maybe it would help her to sell more pictures. Well, as you can imagine, the lines were the longest of the whole festival. He is a generous spirit who could not commit murder. He called me up after the shooting. He seemed in good spirits. I told him my prayers were with him and his family.

Rusty White: Miss Stewart, I'm a big fan of Mr. Blake's work. I was touched by your defense of him. It is good to know he has friends in his corner.

PS: He didn't kill anyone. I've known him since he was a boy.

How was it working on the set of Seinfeld? I believe you were in the "Implant" episode.

PS: It was a lot of fun. Jerry was very nice. He would come up and make sure everything was going all right, that I felt a part of the cast. The others were another story. It seemed that everyone was jockeying for position. It's that way sometime with an ensemble cast. Everyone wants to make sure that they get their moment in the sun. No one was rude to me, they just seemed wrapped up in their own parts. But Jerry was a real gentleman.

Unfortunately I was unable to get in more time with these two ladies. Maybe next time.

Fans of Peggy Stewart may want to check out VCI Home Entertainment's web site. They have the following Peggy Stewart titles available: UTAH, CALIFORNIA GOLD RUSH, THE FIGHTING REDHEAD and STAGECOACH TO DENVER. VCI also is in the process of restoring two "Red Ryder" films with Peggy Stewart and Robert Blake.