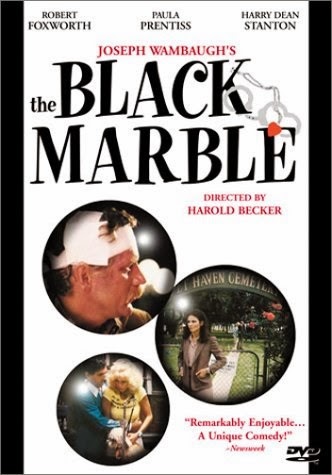 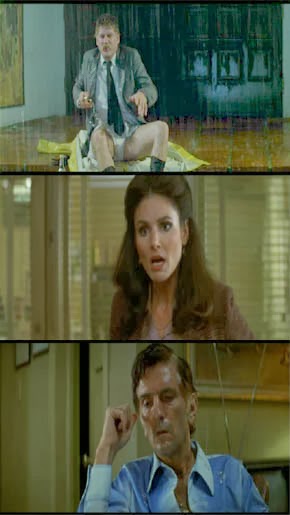 As a teenager, I wanted to be a cop. Joseph Wambaugh was a personal hero of mine. I read everything he wrote. I watched every movie and TV series made from his books. Considering I was also a longhaired pot smoking punk in high school made my desire to be a cop a little ironic. I read "The Black Marble" and saw the movie when they came out. It was my least favorite book and movie by Wambaugh. At the time, I was too young to appreciate either. Now that a lot of the tread has been worn off of my tires, I appreciate "The Black Marble" much more.

"The Black Marble" was a change of pace for Wambaugh. It is a love story, a dysfunctional love story, but a love story nonetheless. The movie is rich in character development, with some great performances by the movie's three main stars. Wambaugh put everything he owned up to produce two movies from two of his novels: "The Onion Field" and "The Black Marble." Harold Becker directed both, back-to-back. With the exception of the NBC mini-series "The Blue Knight" starring William Holden, the two Becker films are the best adaptations of Wambaugh's work on the screen.

Sgt. Valnikov (Robert Foxworth) is a burnt out office hiding his pain in a sea of alcohol. He is a gentle spirit being crushed by the pressures of his job. Sgt. Natalie Zimmerman (Paula Prentiss) is a gruff, sexy cop who feels slighted that she has been paired with Valnikov. Zimmerman's tough bark exterior is just her own defense mechanism for dealing with life on the streets. Eventually, these two flawed characters are going to find a safe haven in each other's hearts. That is the main storyline. Of course, you wouldn't have a cop movie without a crime to solve. The quirky back-story provides much of the film's magic.

Philo Skinner (Harry Dean Stanton) is a dog-groomer with a thing for horses. The leisure-suited-lizard is in deep to his bookie. After a midnight visit from an enforcer (Christopher Lloyd), Philo decides he needs a lot of money...fast. Philo decides to kidnap a wealthy client's prize-winning terrier for the ransom that will save his backside.

"The Black Marble" contains the best performances ever by leads Foxworth and Prentiss. Harry Dean Stanton is also excellent, but then again, Stanton is always excellent. In addition to Christopher Lloyd's cameo, James Woods also pops up as a violinist. Both Lloyd and Woods had substantial roles in the Wambaugh/Becker film "The Onion Field." "The Black Marble" is full of humor. The kind of dark humor that folks who see to much tragedy develop. If you are in the mood for an intelligent, well acted and surprisingly warm film, this one is for you.

Picture Quality: 8/10
There was a slight amount of shimmering in the transfer. I also noticed a small amount of delineation problems during some of the darker scenes. Other than that, the transfer contains rich, well-saturated colors with no bleeding. Sharp images all the way to the edges. The wonderful cinematography by Owne Roizman captures LA in ways you may not have seen before.

Easter Eggs:
None found during review.

Extra Features: 6/10
I was amazed how badly produced the original trailer for "The Black Marble" was. I don't know who would want to see the movie after watching the trailer. It is interesting how movie promotion has changed over the years. Folks interesting in producing movie trailers might want to look at this one as an example of how not to do it!

Mr. Becker provides an insightful commentary track to this movie. I especially enjoyed it having heard his comments on the DVD for the companion film "The Onion Field." Of interest to Wambaugh fans especially.

The Final Word:
A mature love story with a quirky caper back beat. Great performances by the three leads. Wambaugh fans will want to own. Definitely worth a rent for others.