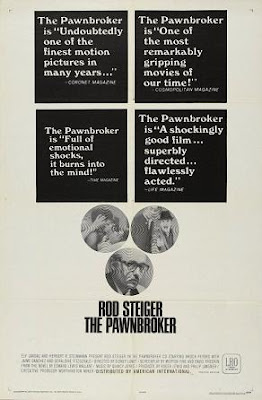 Sidney Lumet's 1965 film "The Pawnbroker" remains as powerful today as it was upon its initial release. The film's power comes from a career capping performance by Rod Steiger, the unflinching script, mature handling of themes, non-stereotypical depiction of Black and Gay Americans and incredible performances by the rest of the cast. "The Pawnbroker" is a character study of Sol Nazerman (Rod Steiger). Mr. Nazerman survived the Nazi death camps. All he loved was destroyed in those same camps. Nazerman survives by shutting off all feelings. He is a hard man whose defense mechanisms are on the verge of shattering.

Nazerman runs a small pawn shot in a seedy New York neighborhood. His one employee is Jesus Ortiz (Jamie Sanchez: Angelo from "The Wild Bunch"). Ortiz is trying work instead of crime to please his mother. He dreams of one day owning his own pawnshop. Ortiz’s Girl (Thelma Oliver) is a prostitute who is willing to help Ortiz by turning tricks on the side to raise money for the shop. She does this at the risk of incurring the wrath of her pimp, the suave and cultured local crime lord Rodriguez (Brock Peters: Tom Robinson from "To Kill a Mockingbird"). Ortiz looks to Mr. Nazerman as his teacher. Nazerman considers Ortiz, and everybody else for that matter to be "scum." Nazerman rebuffs any attempt at emotional human interaction. An elderly black gentleman comes to the pawn shop with worthless items, not for the money, but in hopes of having an intelligent conversation with another person of his generation. Marilyn Birchfield (Geraldine Fitzgerald) runs the local youth center. She hits Nazerman up for a donation, but what she really wants is romance. All of these people, Nazerman wards off. 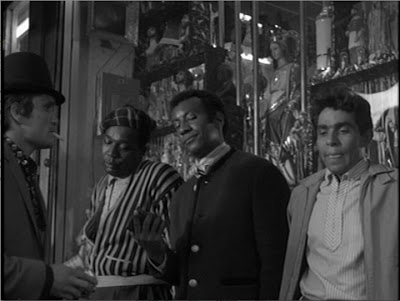 Nazerman has more interaction with the various thieves and junkies who come to his shop. Reni Santori (Dirty Harry's first ill-fated partner), Raymond St. Jacques (Cotton Comes to Harlem) and various other New York actors all play small, but pivotal roles as the refuse of humanity which comes through the shop on a daily basis. Nazerman's only physical contact comes with dinner and sex sessions with the widow of a man he saw killed in the death camps. Their contact is cold and loveless. It is Nazerman's only venture out of his shell. Nazerman is the walking dead. The film is set 2 days before the 25 anniversary of the death of his family. Nazerman's emotional house of cards is about to undergo a savage assault. I will say no more about the plot. 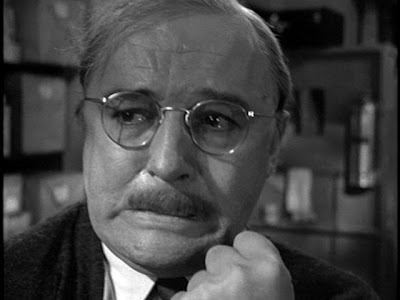 Rod Steiger was nominated for the Best Actor Oscar in 1965 for this performance. While Mr. Steiger won the following year for his performance in the movie version of "In the Heat of the Night," his portrayal of the haunted and tortured survivor, Saul Nazerman was the best of his career. I saw this film in its edited version on network TV many years ago, and didn't get much out of it. I found it difficult to watch last night. Watching Steiger's Nazerman slowly crack and break under the unbearable weight of memories from the past is a painful experience. While more limited in scope and focus, Sidney Lumet's "The Pawnbroker" is every bit as powerful and important a film as Steven Spielberg's masterpiece "Schindler's List." Not only did Lumet create a vision of hell on earth, he also continued to advance the art of American filmmaking into the 20th century by portraying characters of color as they had rarely if ever been portrayed before. 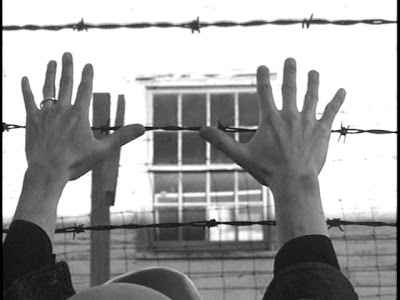 Brock Peters, who was stoic and honorable as Tom Robinson in "To Kill a Mockingbird," here plays a sophisticated crime lord who is intelligent, articulate, merciless and in control of white characters. He is a Black Don Corleone. The other Black Americans are also portrayed as three dimensional characters. There is not a Stepen Fetchit in sight. While there no overt acts of homosexuality, the film suggests that several characters, both Black and White, good and evil are gay. A bold move for 1965. The film deals with the price paid by the survivors of the Holocaust. I bring up these peripheral issues because by treating all of the characters in an adult manner, Mr. Lumet's cinematic statement becomes all the more powerful. Nudity plays a key role in one of the films most powerful scenes. This too was a bold move for an American filmmaker in 1965. There is an excellent score by Quincy Jones.