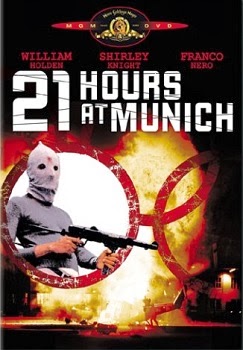 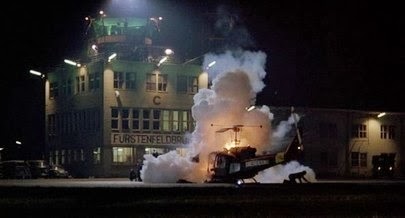 Film & Disc Review, 21 Hours at Munich
reviewed: 2006-01-16 "21 Hours at Munich" was shown on ABC a little over four years after the Munich Massacre. A host of further terrorist attacks had occurred in the interim. I remember the hype that surrounded the first broadcast of this film. The movie was done in a respectful and somber manner. Very little if any editorializing. Just a straight-forward account of a day that will always live in infamy. 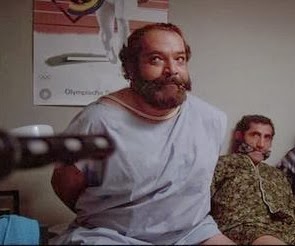 Like Speilberg's "Munich," William Graham's "21 Hours at Munich" shows both sides of the story. Franco Nero co-stars as the lead terrorist Issa. The Palestinian terrorists make their case for what they want the world to do about their situation. No matter what your opinion about the Palestinian question, you can't help but hate the terrorists and their actions. The film's finale in which Israeli athletes are machine gunned to death as they are tied up in one helicopter, and blown to pieces with a hand grenade as they are tied up in a second helicopter is horrifically recreated. 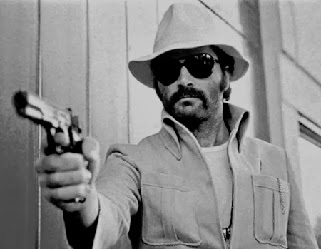 Sound Quality: 8/10
The mono sound track gets the job done. This is a dialogue intensive film. Though there is a large gunfight at the end of the movie.

The Final Word:
This is a great companion film to Speilberg's "Munich." It has a vanilla price tag. Get this and the excellent documentary "One Day in September." The two films will give those to young to remember these events an accurate picture of what went on. It will also give you a historical primer which will allow you to more fully enjoy the lessons of Speilberg's great film "Munich."
Posted by obitguy at 6:04 PM