An Interview with Kenny Baker 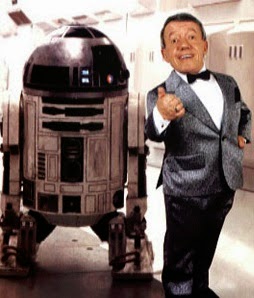 An Interview with Kenny Baker
by Rusty White
Monday, September 2, 2002

Day Four of DragonCon: Monday, September 2, 2002: Exhaustion is the order of the day. I should be on the road back to Memphis, but I want to squeeze in a few more interviews. The costumed characters are not as prevalent today. It is like the last day of Woodstock for the unashamedly weird. The crowds have thinned out. The celebs are wiped out and I've got an eight-hour drive back to Memphis in front of me.

Kenny Baker welcomes me to sit for a while. He is losing his voice. I strain to hear as he whispers. Mr. Baker, like the rest of the celebs has given his all to meet, greet and talk to fans.

"I've been in show business for 50, no, 60 years. I was approached in school to join a variety act."

Fans approach. Mr. Baker strengthens his voice, puts on a big smile and gives his all for the couple dressed like vampires.

"This has been a crazy convention. The women! I was on an escalator last night. The woman in front of me was only wearing a thong!" 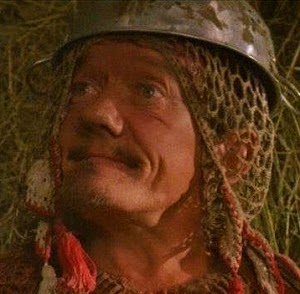 Mr. Baker talks about some of his work.

"I skated in ice shows all over Europe and South Africa for 20 years. I love to ice skate."

Being the not-so-proud owner of two left feet, I admire anyone who can skate. Blair, my 13-year-old son plays ice hockey. He will think it very cool that R2D2 can ice skate.

Mr. Baker seems to like Time Bandits above his other films.

"Michael Palin was a lot of fun. John Cleese was much more reserved."

There is a bit of a rascally glint in Mr. Baker's eyes. You can see why he enjoyed playing a scoundrel in Time Bandits.

As for his most famous role, Mr. Baker says, "That wasn't acting. I was the right size to fit into the robot. I was operating a machine. There were switches and knobs to turn the head, eyepiece and the lights." Mr. Baker demonstrates R2D2's impatient 'potty-dance' stomp. "That was the only movement I did. The rest was radio controlled." I always liked that little step. It personified R2D2's spunk. The little robot is always ready to do battle for his friends. Size isn't an issue.

I think, as I leave Mr. Baker, that just maybe his personality did show from underneath the robot prop.