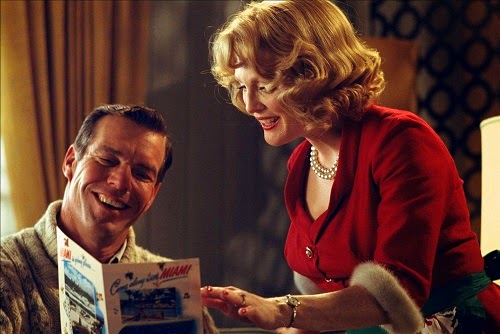 I'm still not sure what to make of Todd Haynes's "Far From Heaven." I wonder if director Haynes intended the film to be a serious drama, a "queer cinema" homage to the films of George Cuckor or one of the darkest, camp movie in-jokes of all time. Whatever his intentions, "Far From Heaven" works on all these levels. Like David Lynch's "Blue Velvet," Mr. Haynes takes the viewer on a tour of the hidden life below the surface of an ideal suburban family circa 1957. 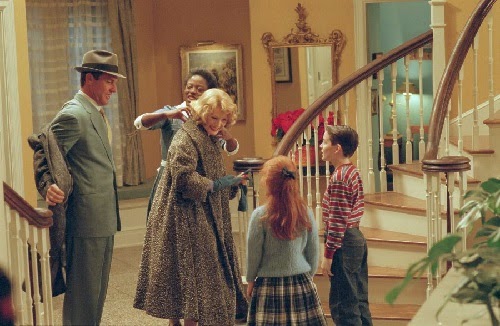 Frank and Cathy Whitaker (Dennis Quaid and Julianne Moore) are the perfect couple. Frank is the wonder boy of the Magnatech Company. He works hard promoting innovative television equipment so as to keep his wife and two children living in the lap of luxury just outside Hartford, Connecticut. Cathy is the ultimate wife. She maintains her posh home, with the help of Sybil (Viola Davis)her 'colored' maid and Raymond (Dennis Haysbert) her 'colored' gardener. Of course, Cathy is a 'liberal.' She admires and supports (with lip service only) the NAACP. Yes, Frank and Cathy are living the Norman Rockwell dream. Except for Frank's 'problem' that is. 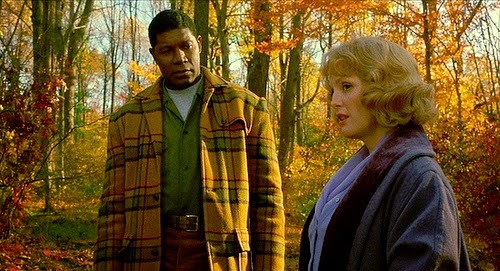 "Far From Heaven" opens with a lush, beautifully shot panorama of Americana. There has not been a film shot in this style since the late 1950s. Elmer Berstein's score rises to a dramatic crescendo as the movie's title flashes on the screen in bold, flowery letters. The camera follows Cathy as she returns home from shopping. Cathy speaks in curt, proper Yankee tones. She meets her kids, maid and best friend at the end of her driveway. After ordering Sybil to put up the groceries, Cathy talks with Eleonor (Patricia Clarkson) about the posh engagement they will be attending that evening. Both women have every hair in place, and not a petticoat is ruffled. Of course, Cathy will not make it to the party. Instead, she receives a phone call from the Hartford police. Frank tells her there has been some sort of mix up. The police picked him up for 'loitering.' Cathy dutifully picks her husband up from jail and doesn't ask any questions. She doesn't even read the police report the desk sergeant hands her. After all, Cathy and Frank ARE 'Mr. and Mrs. Magnatech'! 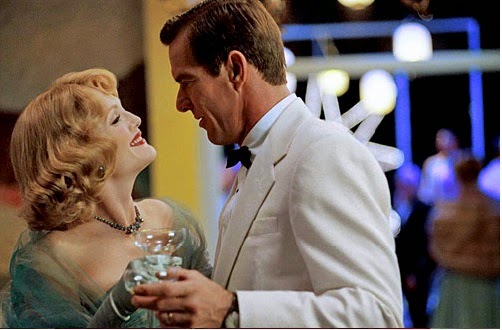 Turns out that Frank is having a reoccurrence of his 'problem.' Frank is fighting to stay in the closet, but those damn hormones won't let him be. After Frank spends several late evenings at the office, Kathy surprises him by bringing his hot dinner to him at work. The closet door is broken down when Cathy catches Frank making out on his desk with a man he met in a bar. This is not something that Cathy can discuss with her friends. Raymond catches Cathy crying in the back yard. He offers her comfort. Raymond isn't your usual gardener. Raymond has interesting opinions about such diverse topics as modern art and poetry. Cathy and Raymond become friends. After all, Cathy believes in the NAACP. None of her friends do, and the once popular socialite finds herself on the outs with her privileged friends. "Far From Heaven" examines the topics of homosexuality and racial prejudice in a unique manner. 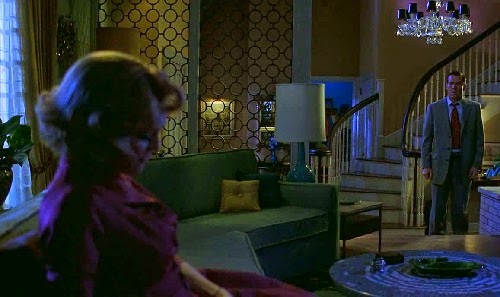 If you were to watch "Far From Heaven" without any sound, you would swear you were watching a big budget, Technicolor film from the 1950s. I haven't seen such lush photography and art direction on the big screen except when older films have been re-released after being restored. Todd Haynes's eye for detail is amazing in this film. During the 1950s, the production code began to lose its grip on the morality of the movies. More mature topics were being dealt with in films like "Peyton Place," "The Bad and the Beautiful" and "Imitation of Life." The rules weren't completely relaxed. American Filmmakers of the era were limited as to what they could show and discuss. Topics such as rape, homosexuality, incest and adultery were spoken of in cinematic code. If you were sharp, you knew what was going on. Haynes pays tribute to that code in one of the best scenes in the movie. After Cathy's shocking discovery, Frank comes home to find her sitting on the couch. Both characters are partially shrouded in shadows. The shadows symbolize Cathy's confusion and Frank's hidden life. They discuss what happened in half sentences. Nothing is said overtly, but everything is said 'in code.' It is a powerful scene which both shows the dilemma of dealing with taboos subjects during a time when such things weren't discussed, or even imagined by people like the Whitakers. Dennis Quaid's face almost looks like a plastic Ken doll during the scene. His stoic facade as 'good husband' is crumbling. His 'problem' is rearing its ugly head. After this powerful scene is over, you see that the couple is going to try and seek professional help. You know this, even though it wasn't said. This is but one brilliant scene, in a movie full of such scenes. 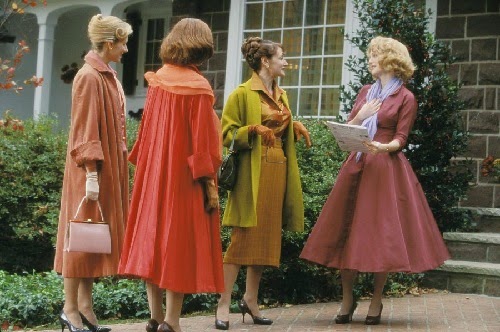 Dennis Quaid has never been better in his career. Mr. Quaid's mannerisms, inflection and on screen choices show a level of acting talent he has only hinted at in the past. The choice of Dennis Quaid for the role was a stroke of genius. Quaid's All-American, rascal persona makes him an unlikely candidate to be a homosexual. Cathy's friend Eleonor says "Never in a million years would I have thought Frank..." Neither would the moviegoer. Quaid is assured an Oscar nomination. 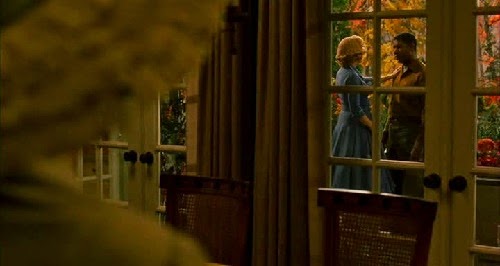 Julianne Moore is a wonder to behold as Cathy. She is a Stepford Wife whose circuitry has gone bad. She has a warm blooded heart trapped in a plastic Barbie doll world. Ms. Moore's eyes alone should be nominated for an Oscar. She wants to break through to a real place that can't comfortably exist in her well-manicured life. She realizes that the world's moral impositions are corrupt. She wants to be able to treat others like real people. She is weak though, and doesn't like the pain others inflict on her for daring to be a caring human being. 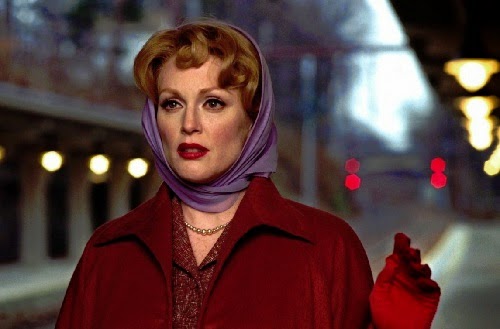 Dennis Haysbert (the doomed getaway driver in Michael Mann's "Heat") as Raymond gets to deliver the only 'free' performance in the entire movie. Raymond is flesh and blood. He knows the rules. He dares to bend them, but he also knows the consequences if he does. Cathy is mesmerized and enticed by his freedom. Cathy wants to think for herself also. Cathy doesn't know the score though. Mr. Haysbert and Ms. Moore have great onscreen chemistry. Mr. Haysbert has shown himself to be a thoughtful and intense actor in the past. Hopefully this role will lead to more substantial roles in the future. He has what it takes to be both a leading man and a great character actor. I'm glad somebody besides me has realized this, because I don't have the power to cast him in roles that usually go to Denzel Washington.