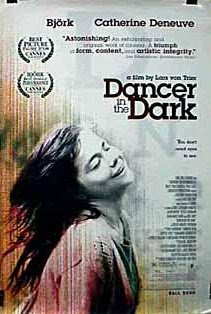 Years ago, a friend and I were in a book store. My friend picked up a copy of "The Giving Tree" by Shea Silverstien. "Read this." I took the children's book and read it in less than five minutes. Despite my best macho attempt to hold back the tears, the shining truth of this masterpiece of unconditional love had me crying in public. I bought the book and it remains close to my heart to this day. I went through a similar experience tonight in my living room as I watched the hauntingly unforgettable ending of Lars Von Trier's "Dancer in the Dark." Like "The Giving Tree," "Dancer in the Dark" is a powerful essay on unconditional love: a love that is willing to sacrifice all in order for its object to thrive. Though "Dancer in the Dark" is not a video from beyond the new release rack, it is worth adding to the "Video Risk" list because it was overlooked in theaters and by our old friend Oscar. This is a must see movie. 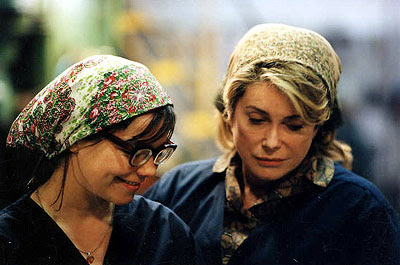 Highly publicized for the fact that it was shot on digital video, and featured numerous musical set peices, "Dancer in the Dark" has a heart of love pumping warm humanity (and inhumanity) through every scene. Deliberately paced, and jarring in the unconvential method of revealing its story, "Dancer in the Dark" pulls the viewer in to the real and surreal world of Selma Yeskova (Bjork). 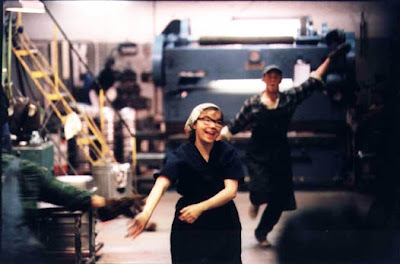 Set in Washington state in 1964, "Dancer in the Dark" explores the world of Selma Yeskova, a Czecklovokian immigrant and single mother. Selma suffers from a congenital disease which is rapidly robbing her of her site. Her 12 year old son Gene also carries this genetic flaw, though he does not know it. Selma works double shifts in a pan factory, and other piece work jobs to save money for an operation which will save her son's sight. Selma also loves movie musicals. Selma and Gene live in a trailor behind the house of Bill (David Morse) and Laura. Bill is a simple country sheriff saddled with a materialistic wife. Laura's spending has depleated Bill's meager inheritance. Facing foreclosure and the conditional love of his wife, Bill steals Selma's savings. What follows is epic tragedy which reveals the inner strength and beauty Selma. 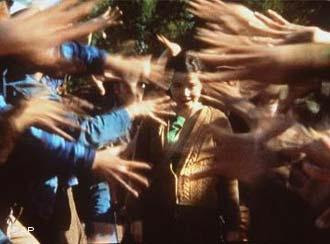 I first noticed Bjork in her great retro video "Shhh" in which mailboxes break out in dance as she dances down the street crooning about the endless cycle of falling in love, breaking up and falling in love again. Her pixie looks and rich voice seduced me at once. I think her voice would be great for a James Bond theme song, ala Shirley Basie! In "Dancer in the Dark," her film debut, Bjorks holds her own along side a large cast of veteran actors. 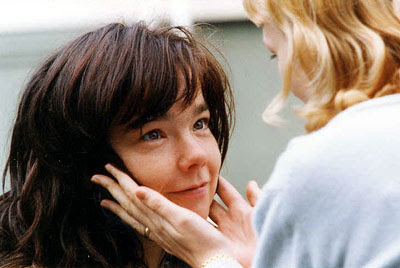 Like Atlas, Selma has a huge load on her shoulders. She is a recent immagrant from a communist country getting used to surviving without aid from the state. She is a single parent. She is going blind. She has a son who must have an operation on or around his 13th birthday or he to will go blind. She has no one to share her troubles with. Bjork's character retreats into a world of fantasy at times to help her deal with the pressures of life. She keys in on the sounds and rhythms of her surroundings. Lost in a symphony in her head, Selma escapes into musical dance numbers with her as the star. These musical interludes are jarring at first, but once you get to know Selma, they are revealing and welcomed. The further the world closes in on this gentle spirit, the more she escaped into the world of Fred and Ginger. This is not to say that Selma is crazy, far from the truth, Selma is a true innocent. It is from her innocence that her strength, appeal, doom and ultimate salvation flow. Bjork delivers a powerful performance that probably would have been recognized by Oscar had this movie been shot in a more convential manner. Shame on the Academy for their shortsightedness. 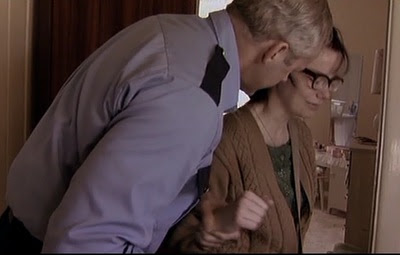 The supporting cast is also excellent. Rather than dwell on Catherine Deneuve (excellent), and David Morse (keeps getting better), I'd like to talk about Peter Stormare. Peter Stormare plays Jeff, a simple country man who loves Selma. Stormare is know for playing creepy crawly kind of guys. The kind of guy who ends up being a psycho stalker. Here, Stormare is a gentle soul who shows Selma the same kind of unconditional love that Selma shows her son. I was initially wary of Jeff because of the actor who played him. I came to appreciate him for giving Selma support when fate swwoped down on her. How lucky are those who have someone like Jeff in real life. Selma is too busy coping with the aforementioned stresses to take on a romantic relationship. She tell Jeff "I don't need a boyfriend now. I'm too busy, but if I wanted a boyfriend, it would be you." Selma smiles her impish, sincere smile. Guess what, Jeff still holds out his friendship to her without any of the stalker side strings you would expect. What a twisted world we live in that their aren't more folks like this. Bravo Mr. Stormare for a wonderful, heartfelt performance. 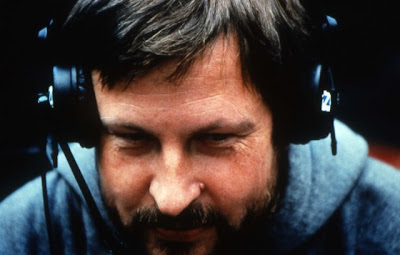 Writer/director Lars von Trier has created a powerful story in the simpilest terms. The story is not complex, the characters real and the truth and emotion right on target. The inovative method with which he shot this "film" prove that video technology may be successfully utilized to spin a cinematic yarn. It is a shame that the film did not do better at the box office. With the exception of the musical scenes, the movie has a "hand held" look to it. After the first 15 minutes of so the viewer adjusts and the jerkiness is somehow comforting. Again, maybe I read to much into this, but I began to see the "hand held" effect as a symbol of the tension and uncertainty of Selma's life. In juxtoposition, the musical scenes have a richer color and are filmed with stationary cameras. Again I resort to symbolic interpretation. The musical scenes represent the only time that Selma feels secure and steady; when she is temporarily escaping the pressures of real life. The fact that Selma still deals with these very real and seemingly insurmountable real life obsticals lets the viewer know that she is just like them. Selma has problems which she wishes she didn't, but she moves ahead and confronts them. So what if she occasionally resorts to a fantasy world, who doesn't.

"Dancer in the Dark" has one of the most haunting and upsetting endings of any movie I have ever seen. I am tempted as I write this to break my "no spoiler review" rule" but I won't. I will say that there is a disturbing clue to what is about to happen on the soundtrack of the final musical number. I began to cry when I realized how close reality was about to come to fantasy. The tears began to flow and they continued until long after this masterpiece was finished. I need to wait before I watch it again. Sometimes unconditional love is hard to give, and sometimes it is hard to watch.