Just wanted to let you know that I will be archiving all of the obituary columns from EInsiders on this blog. It will take some time to post, upload photos and reformat. Took about an hour to put in the January 2001 column last night. I thought it would be a good idea to have a back up of the columns on this site.
Posted by obitguy at 11:04 AM

Heard from a source today that agent/Oscar-winning producer Charlie Joffe died yesterday. I haven't been able to find another confirmation but my source was someone in the industry. Mr. Joffe is (or was) one of the most powerful managers in the industry. Clients include Woody Allen, David Letterman, etc. He won a Best Picture Oscar for Annie Hall. Produced nearly all of Woody Allen's films.

Reader John Horrox came up with the confirmation I needed. Ms. Finn's passing was reported in the bmd section of the Times last December. I'll be adding Ms. Finn's tribute to my December 2007 column at EInsiders. Thanks for the help John!
Posted by obitguy at 6:18 PM 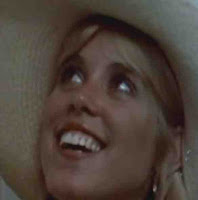 There have been actresses and actors who seemed to be here one day and gone the next. Not dead, but just away from the movie business. I don't want to impose on anyone's privacy, but I've often wondered what ever happened to the actresses Joy Bang and Jenny Wright. Joy Bang was great in Roger Vadim's Pretty Maids All in a Row and countless other films from the early 1970s. Then she's gone. I would love to interview her about her experiences in the movies back in the day. Then there is the blond beauty Jenny Wright: Garp, The Executioner's Song and of course Near Dark...then she vanishes. She sure had a mysterious quality to her. I guess I miss her screen presence for selfish reasons. 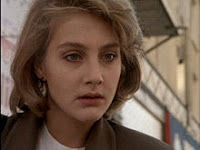 Where ever those ladies are, I hope they are happy and "thanks for what you left us on screen!"

How about you. Who do you miss...or wonder where they went?

ARBOGAST: There was a busy young actress in the late 80s to mid-90s named Traci Lind who appeared in Survival Quest, Fright Night 2, and Wim Wenders' The End of Violence, among other films... and then (seemingly) vanished. Knowing how the Industry grinds up pretty young things, I'm not surprised when one of the more successful ones opts out of the sausage factory and into something like a normal life. But I would love to know how all these gals are. Wright is another favorite of mine.
Posted by obitguy at 12:53 AM 1 comment:

Once again reader Cathy Ellis came through with two confirming links. Thanks Cathy!
Posted by obitguy at 1:53 AM No comments: