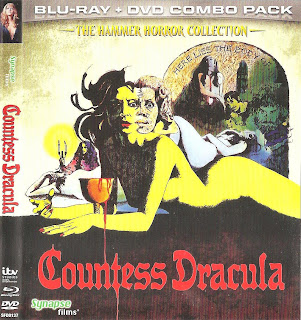 Synapse Films has released its third Hammer Horror Blu-Ray/DVD combo pack. Unlike the previous releases Twins of Evil and Hands of the Ripper, Countess Dracula has previously been available in the US on DVD. That doesn't mean that this new release isn't a welcome event for Hammer fans. Au contraire!!! This newly remastered release is a beautiful addition to your Hammer library. It also includes extra features not available on the earlier MGM double feature DVD. 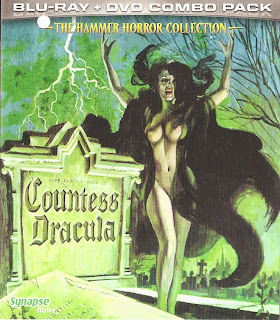 Peter Sasdy's "Countess Dracula" is one of the best Hammer Horror films of the studios last period. Based on the life of Elisabeth Bathory, "Countess Dracula" is not a real vampire film. Elisabeth Bathory was a Hungarian Countess who believed that bathing in the blood of virgins would preserve her beauty. She is reputed to have killed over 600 girls during her reign of terror. Sasdy's film cuts down on the body count, but does provide an interesting look into the world's most vain woman. 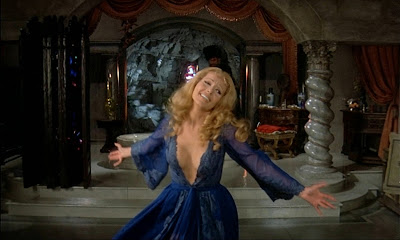 Countess Elisabeth (Ingrid Pitt) attends the reading of her late husband's will. Also present are Captain Dobi (Nigel Green, Zulu), Lt. Imre (Sandor Eles), Master Fabio (Maurice Denham) and the Countess's maid Julie (Patience Collier). Noticeably absent is the Countess's daughter Illona (Leslie-Anne Down). No one except Master Fabio gets what they wanted. The Countess wanted everything. She has to split everything with her daughter. Captain Dobi gets all of the armor in the castle. What he wants is the Countess. Lt. Imre gets the late Count's horses. Master Fabio gets the library. 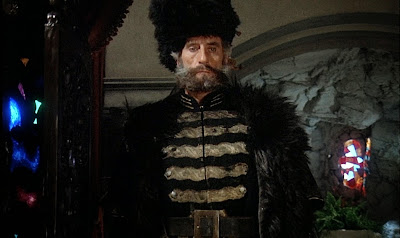 In a fit of anger after the reading of the will, Elisabeth attacks a chambermaid. The maid is cut and her blood splashes on the Countess's face. Damn if it doesn't make her skin younger. Elisabeth kills the young woman and discovers that she can be young again. Temporarily. The Countess quickly involves her maid and the lovelorn Capt. Dobi into procuring girls for her. Dobi kidnaps Illona before she can reach the castle. Now Elisabeth can assume the identity of her own daughter. She also sets her lustful gaze on the young Lt. Imre. 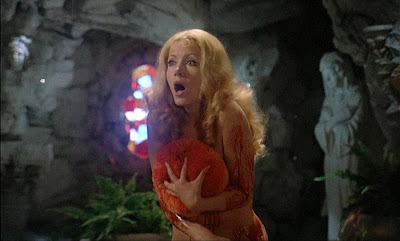 Ingrid Pitt delivers the best performance of her career in this dark character study. Her Elisabeth is as vainglorious as any woman who has ever existed. There is no remorse in her soul. The look on Ms. Pitt's face when the will is read is priceless. Her 'old lady' makeup is excellent. After each blood bath, the countess returns to her elderly state, only worse. As the young pseudo Illona, Pitt is amazing. The film was made at the height of the actress's own physical apex. I challenge you to find a more voluptuous actress in horror films. Ms. Pitt doesn't just rely on her physical beauty in this great movie. She delivers a solid performance. The film is all the more chilling because it is based on fact. The production values are excellent. The filmmakers used the expensive sets built for the Richard Burton period piece "Anne of a Thousand Days." The sets work to lift this film above the typical Hammer period piece. 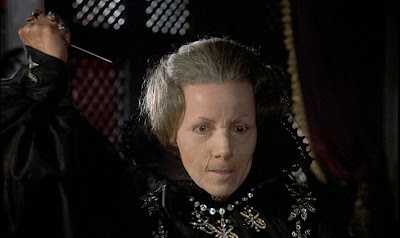 Great film, picture and sound. Excellent extras (which are duplicated on both Blu-Ray and DVD discs). A must have for Hammer fans. 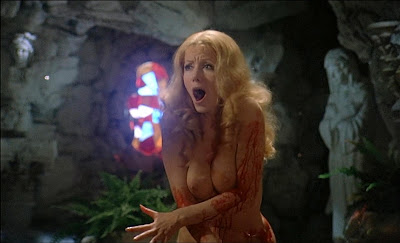 DTS-HD MA 2.0 mono on the Blu-Ray and Dolby Digital 2.0 Mono on the DVD. The sound on both Discs are far superior to the previous release.

Enjoyable and informative commentary track. Ms. Pitt shares the story of how she wanted to push the limits of gore to show what a monster her character really was, but was not allowed. 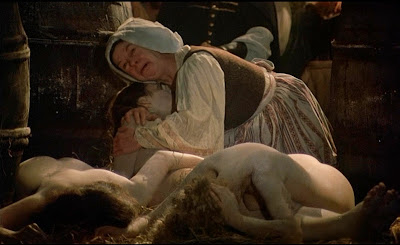 My favorite extra was the new featurette Immortal Countess: The Cinematic Life of Ingrid Pitt. It is no secret that I've been an Ingrid Pitt fan for nearly 40 years. The featurette is a loving look at Ms. Pitt's fascinating life. The Disc also includes a lengthy audio interview with Ms. Pitt. While the audio interview does include a number of stills, the bulk of the time you are watching the reels of a tape machine go around and around. There is a fair photo gallery and the film's theatrical trailer.

A must have Disc for Hammer fans.

Posted by obitguy at 7:24 PM No comments: