James M posted this on the Voy Board: The hunt is on!

According to the BFI, Bryan Langley passed away on February 1st of this year. I could find no other supporting information.

It is sad that his death has not been reported anywhere else as this man had worked with Hitchcock many times and had been a director of photography for his film Number 17 (1932)!

Thanks to reader Richard Jenkins! He did some research at the Family Record Center in London and dug up the information confirming that Mr. Joseph did pass away April 16, 2006. I will post a tribute at EInsiders in the next couple of days.
Posted by obitguy at 4:00 PM No comments: 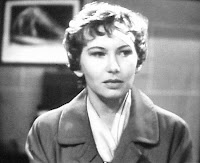 Here's another Brit for you to hunt down. IMDB states that actress Christine Finn died in December of 2007. While someone at the British Film Forum stated the news was true, I still haven't been able to find a news source to confirm.
Posted by obitguy at 11:40 AM 2 comments:

I hate to say it, but I received this e-mail over a year ago. I can't find the name of the person who sent it to me. (Sorry whoever you are!) I dug around to find some confirmation by alas, no luck. You guys seem to be doing great finding the information that eludes me so here's another one.

(Just a note to explain why I don't rely on IMDB alone for confirmation that someone has died. I've had the unfortunate experience to be contacted by two people who were still alive asking me to remove an obit from EInsiders. I was happy they were still alive, and very happy that I had written flattering tributes to the two people, but it was an embarrassing situation to know that I had screwed up on such a sensitive matter.)

Very special thanks to reader Cathy Ellis who went above and beyond the call of duty to solve the mystery of Mary Hughes. Ms. Ellis tracked down Ms. Hughes old high school webpage among other things.

RE: Theodore Gershuny and George Tyne

Thanks to readers Dirk Stoute and Cathy Ellis for their help. I appreciate the help. There have been some leads sent in concerning Beverly Michaels but I'm still trying to pin down the correct dates. Anyone in Phoenix have access to the public death records?