Hammer fans rejoice! Synapse Films is releasing the long awaited "Twins of Evil" on BluRay and DVD this July. It is the long awaited followup to their release of Hammer Film's "The Vampire Circus." "The Hands of the Ripper" can't be far behind! I can't wait!!! 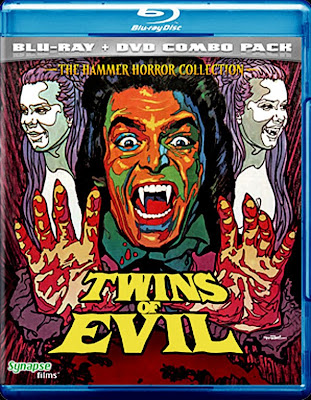 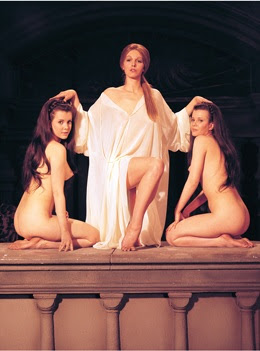 The village Count (Damien Thomas, Never Let Me Go), is an evil man who secretly practices Satanism, uses black magic and transforms into a bloodthirsty vampire. Unhappy with her new life, Frieda seeks escape and tragically falls under the spell of the Count. Now overcome with an insatiable delirious hunger for fresh human blood, Frieda has to hide her secret from her sister, and escape her uncle’s killing grasp!

Special Features:
• THE FLESH AND THE FURY:
X-POSING TWINS OF EVIL (84 mins.) – Feature-length documentary on the making of TWINS OF EVIL!