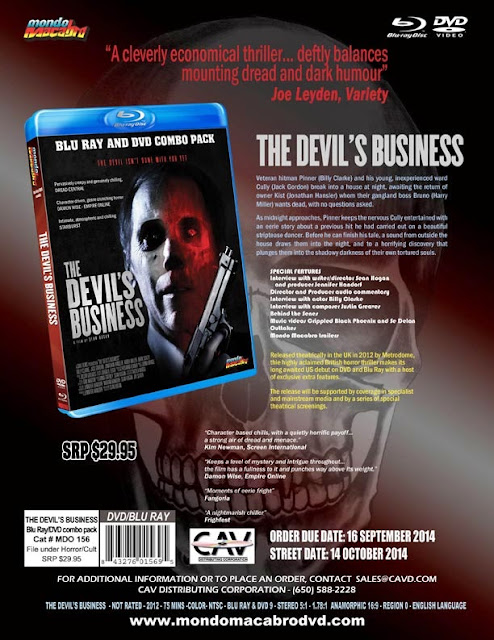 
Veteran hitman Pinner (Billy Clarke) and his young, inexperienced ward Cully (Jack Gordon) break into a house at night, awaiting the return of owner Kist (Jonathan Hansler) whom their gangland boss Bruno (Harry Miller) wants dead, with no questions asked. As midnight approaches, Pinner keeps the nervous Cully entertained with an eerie story about a previous hit he had carried out on a beautiful striptease dancer. Before he can finish his tale, a sound from outside the house draws them into the night, and to a horrifying discovery that plunges them into the shadowy darkness of their own tortured souls. The Devil hasn't finished with them yet!